After the Union Vote: Understanding the NLRB Certification Process 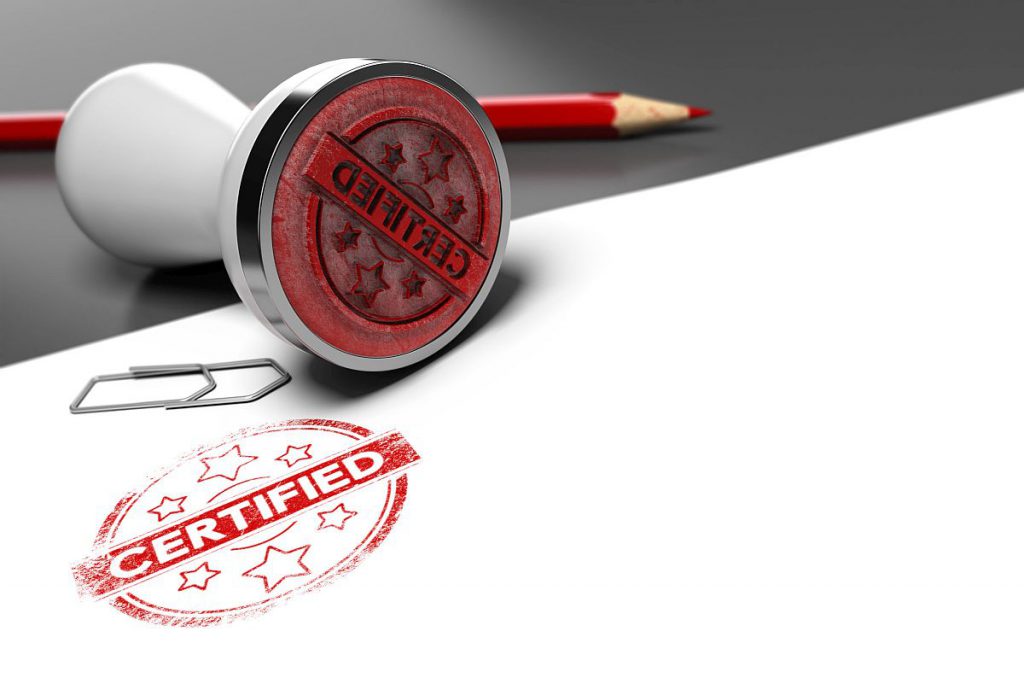 Private-sector workers have the federally-protected right to form or join a union in the workplace, and public-sector workers’ right to organize is determined at the state level. But that doesn’t mean employers support them in doing so.

In fact, most employers will do everything they can to undermine the workers’ efforts to unionize, notes Randy Hardy, an organizer with the International Union, Security, Police and Fire Professionals of America (SPFPA). They will push back at every step in the unionization process to stop the unionization of their workplace. Those union-busting campaigns can continue even after the votes in an NLRB election are in.

That’s because the results must be certified, and there is leeway in the certification process for either side to delay the decision and possibly even overturn the results.

What Does It Mean To Have Union Election Results Certified?

No matter which side wins the vote, the National Labor Relations Board (NLRB) must certify the election results.

If the workers approve the union, this means the Board formally recognizes the union as the exclusive collective bargaining representative of the unit of workers. If the workers win the election and the results are certified, the employer is obligated to start negotiating in good faith with the union.

While this can be done quickly, objections and challenges can delay the certification process and, therefore, the negotiations for a first contract.

What are Potential Challenges to Certification?

Either side has the opportunity to challenge or object to the results of a union election within seven days of the votes being counted. The most commonly cited issues with union elections are fraudulent or invalid ballots and election interference. If those concerns are valid and have the potential to change the outcome of the election, the Board will withhold certification until the disputes are resolved.

Once a union election has been set, employers must provide union organizers with a list (known as an Excelsior List) of employees who are eligible to vote and their home addresses. This not only ensures that unions have the opportunity to make their case to workers but also that the vote is fair. With the Excelsior List, the Board is able to confirm that those who voted in the election are actually eligible to do so.

These lists are often the target for ballot challenges for reasons such as tampering and voter eligibility. While these can be valid reasons for wanting a review of ballots, such challenges can also be used to intentionally delay the certification.

This was the case for nurses at Longmont United Hospital in Longmont, Colorado, as their employer held up the certification of their successful election to join the National Nurses Organizing Committee/National Nurses United (NNOC/NNU) over six challenged ballots. The vote was in July, but the dispute wasn’t resolved until December, delaying the start of negotiations.

“Longmont United must respect the NLRB decision for the remaining ballots to be counted,” Stephanie Chrisley, ICU RN, said in response to the NLRB’s decision to open the final challenged ballots. “Our election was five months ago, and this delay is a blatant attempt to avoid negotiating with us.”

It’s also common for the losing side to file objections against the other party for election misconduct. Such objections either challenge conduct affecting the election results or the conduct of the election itself to the extent that the results do not reflect the true choice of employees, according to a seminal piece by Robert P. Hunter, former senior fellow in labor policy at the Mackinac Center for Public Policy.

Once the written objections are submitted to the NLRB, the Board investigates the claims to determine which ones have merit. If any are meritorious, the NLRB will require another election to be held, notes Hunter.

That’s exactly what happened with the Bessemer, Alabama Amazon warehouse vote in 2021. After the vote failed, the Retail, Wholesale and Department Store Union (RWDSU) filed legal challenges to the election claiming the anti-union campaign by Amazon was designed to “intimidate and manipulate” voters and thus interfered in a free and fair election.

“Amazon’s behavior during the election cannot be ignored and our union will seek remedy to each and every improper action Amazon took,” wrote RDWSU President Stuart Appelbaum in a statement at the time.

The NLRB ruled in favor of the union and ordered a new election.

In the two other locations, the union filed objections against the outcome of elections at the Hamburg and Cheektowaga locations stating the company engaged in a “shock and awe campaign” to defeat the vote. “Employees were subjected to a massive campaign of overwhelming psychological force from the moment they publicly expressed the desire to form a union,” the union wrote in a statement after the votes.

In January, the NLRB certified the vote at the Cheektowaga location, making it the second unionized Starbucks in the country. Since then, union advocacy has picked up within Starbucks stores:

How Should Organizers Prepare for Negotiations?

If the vote is successful, union organizers and workers should immediately start preparing for the first contract negotiations. It will take a minimum of seven days for the NLRB to certify the results but, as demonstrated in the above examples, it could take several months to make it official. While waiting, there are important items organizers and workers need to address.

While awaiting the certification of the election results, the newly formed union must assemble its bargaining committee that will represent the workers interests throughout the collective bargaining process. This committee should be made up of employees from different groups who have knowledge of their particular departments as well as union staff negotiators, according to the International Brotherhood of Electrical Workers (IBEW) Local 1245.

This group will be busy while awaiting the certification by the NLRB. The UConn Graduate Employee Union (GEU/UAW) Local 6950 outlines some of the core responsibilities of the committee leading up to the negotiations:

With so much to do, it’s important that those selected to serve on the bargaining committee are willing to dedicate the time and energy the role will require.

Make a Plan for the Specific Benefits Workers Want

Strategizing the approach to negotiations ahead of time is a particularly critical responsibility of the committee and it needs input from members to build a plan.

As the United Auto Workers (UAW) union writes, the bargaining process starts with getting feedback from workers about what they want or expect from a contract. That can be done in a number of different ways, including via surveys, in meetings, or by one-on-one conversations between the committee and members. The key here is ensuring lines of communication are open and leaders are encouraging members to participate in the conversations and express their opinions about what should be included in the contract.

This is crucial because “when workers haven’t been deeply engaged in the process, turnout for the ratification votes is minimal,” warns Jane McAlevey, senior policy fellow at the UC Berkeley Labor Center. And without a good turnout, there is a greater risk of the contract not being ratified.

Digital communication tools can make it easier for the bargaining committee to engage members in this process and coordinate with others on an action plan for negotiations.

Email, social media, and text messages can all be used to stay in touch with members and survey them on what is most important to them. These tools help the committee to reach members in real-time, provide a record of feedback, and enable the committee to more effectively manage outreach.

Using a communication tool like UnionTrack ENGAGE can be especially helpful because ENGAGE centralize communication efforts. Committee members and organizers can send emails, social media messages, and text messages from the ENGAGE platform instead of going back and forth between each different tool.

The NLRB certification is another in a long line of steps in the unionization process. While certification of the election results can happen quickly, employers often file challenges and objections to delay it. Organizers should use that time to prepare for negotiations. That way, when the vote is certified, the union is ready to start negotiating right away.