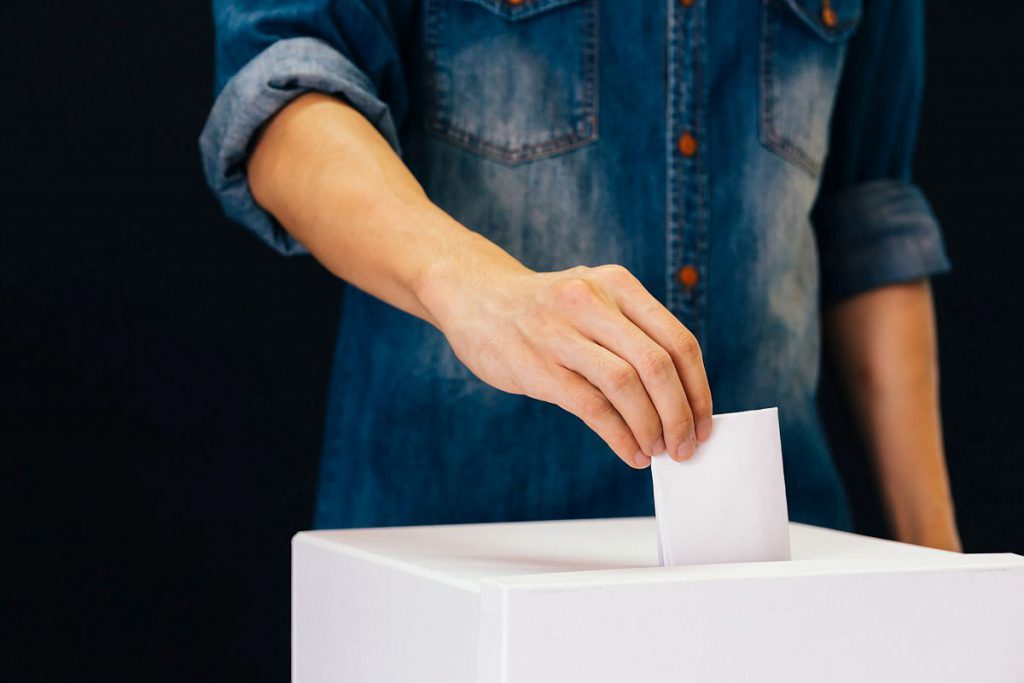 After organizers succeed in securing signatures from at least the required 30 percent of employees during a union drive, the employer then has to decide whether or not to accept the will of the workers. If an employer doesn’t voluntarily recognize the union, the collective of workers must then request and hold an election through the National Labor Relations Board (NLRB).

For the union vote to be a success, a majority of eligible workers will have to vote in favor of organizing.

While securing the support of most of workers during the union drive gives organizers some breathing room going into the election, they still need to be prepared to combat union-busting campaigns by employers, which will undoubtedly become most intense at this step in the unionization process.

“It is common for unionization drives to start with two-thirds of employees supporting unionization and still end in a ‘no’ vote,” write Gordon Lafer and Lola Loustaunau, a professor and a Ph.D. candidate, respectively, at the University of Oregon Labor Education and Research Center.

Communication, especially through digital channels, is key to combating employer efforts and ensuring the success of the election.

The Basic Process of the Union Election

To start the election process, union organizers must file an election petition with the NLRB using the signed authorization cards as evidence of employee support for forming a union. Once the petition is filed, agents from the NLRB will conduct an investigation to:

Also, at the time of filing, employers are required to post a Notice of Petition for Election in places where employee notices are commonly posted. This could include break rooms, bulletin boards, emails, online chat rooms, and physical meeting rooms. This serves to inform all employees that the union has taken the first steps in moving forward with the election.

If everything checks out, NLRB agents will then facilitate an agreement between all parties setting the details for the election, including:

Once conditions are set for the election, the employer is then required to post a Notice of Election in place of the petition notice. According to the United Food and Commercial Workers (UFCW) Local 1996, the new notice will inform employees of:

It is a secret election which means employers are not allowed in the polling area during the election, notes UFCW Local 371. If the election is conducted by mail, which many have been since the start of the pandemic, union and employer representatives are barred from collecting or offering to collect mail-in ballots from voters.

After the election, the ballots are counted. Observers from all parties are allowed to be present to witness the count. If the majority vote in favor of the union, the union is certified as the employees’ bargaining representative. Either side has seven days to file objections to the result.

One of the most contentious issues in the process is the time it takes to get from petition to union election. That varies depending on a number of factors, such as the adoption of delay tactics by employers, and has been the subject of political controversy.

The Back-and-Forth on Election Timeline Rules

In 2014, the Obama-era NLRB adopted a new rule (known as the “Quickie Election Rule”) to speed up the time between the filing of a union petition and the election. Dan DiMaggio, assistant editor at Labor Notes explains that the rule was “aimed at reining in employers’ power to stall union drives” by eliminating steps and changing procedures that added unnecessary time to the process.

Before the Quickie Election Rule, the average length of time between the petition and the election was 38 days, according to data by the NLRB and Eric Dirnbach, research lead for green jobs and infrastructure at the Laborers’ International Union of North America (LiUNA). Four years later, that dropped to 23 days. The win rate of elections increased too, from the mid-60 percent range during 2011-2014 to the low-70 percent range for the 2016-2019 time period.

In 2019 the Quickie Election Rule was reversed when the NLRB, under President Trump, adopted a rule that added steps to the process, consequently lengthening the time between petition and election and giving employers more time to conduct their union-busting campaigns.

Employers Will Pull Out All the Stops To Defeat the Effort

Employers will do everything they can to ensure the effort is defeated at the polls. “When workers file a petition, employers exploit the law to drag out the scheduling of an election, and use the time between the petition and the election to campaign against the union,” writes the team at the Building Worker Power project.

According to a union-busting playbook from the Communication Workers of America (CWA) District 1, some of the most common tactics employers use to keep workers from voting in favor of unionizing are:

These union-busting efforts on the part of employers are often spearheaded by consultants who specialize in conducting such campaigns. These professionals build strategic and intentional campaigns designed to keep workers from voting in favor of unionizing.

“The anti-union firms advise companies to treat unions like a ‘virus’ and to ‘inoculate’ employees with messaging about the purported consequences of organizing early and often,” writes John Logan, professor and chair of labor and employment studies at San Francisco State University.

Their efforts are frequently effective because they have greater access to employees than union organizers.

According to NLRB rules, employers can distribute material, hang signs, hold meetings and talk union with their employees at their discretion throughout the day. Organizers, however, are only allowed to discuss union business during breaks and in common areas. And, because employers can prohibit employees from using company technology like email and computers to discuss union matters, organizers must scramble to collect personal contact information to communicate with others.

That’s where digital communication tools can make the biggest difference for the election. Through technology, organizers can increase voter turnout as well as build and maintain pro-union momentum.

How Digital Tools Help Ensure Success of the Vote

Misinformation and fear of retaliation are the primary factors that keep employees from voting in favor of the union, even if they expressed support during the drive. That’s why engaging with eligible employees before the vote is critical. “The days leading up to the vote involve coordinating outreach to supporters and as well as opponents about the union drive,” writes Aminah Sheikh, executive assistant and organizer at the Elementary Teachers’ Federation of Ontario, Canada.

Digital tools let organizers connect with coworkers and share pro-union messaging to counterbalance the anti-union messaging they are getting at work. Those communication technologies include:

When it comes time for the election, communication is key to success. As employers ramp up their union-busting activities, organizers must be able to stay engaged with employees to combat the anti-union messaging. Digital tools make it possible for them to do just that.