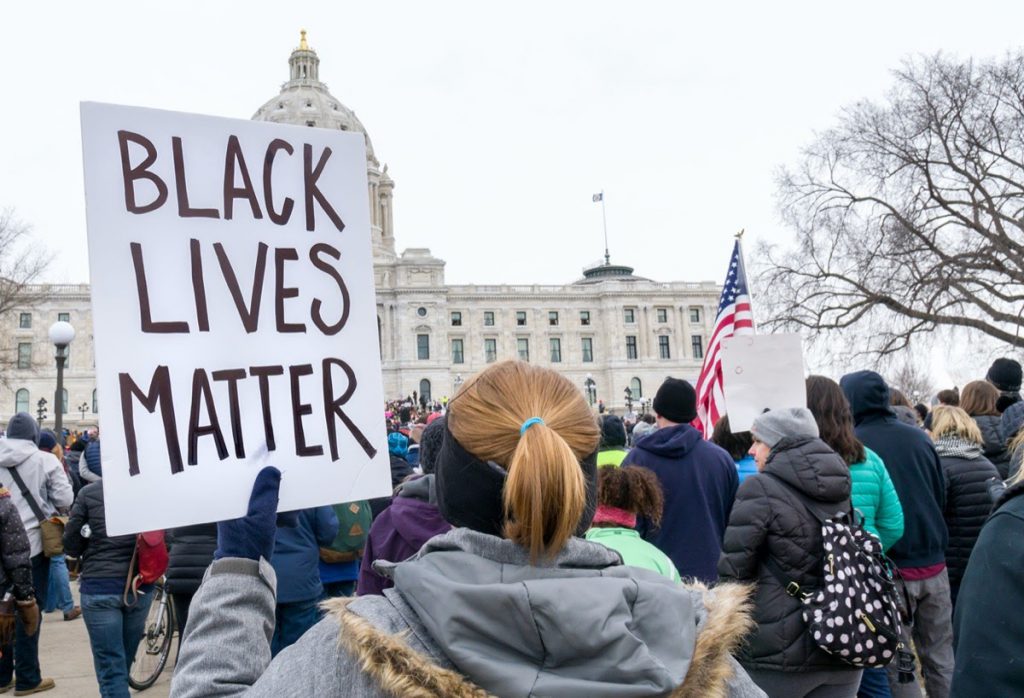 The labor movement has a long history of supporting social justice causes in the U.S.

We’ve long understood that social justice and labor causes are intertwined. In fact, unions have been a key force in bringing about some of the most radical societal changes over the last couple of centuries. Unions have fought for causes such as gender equality, immigrant rights, labor laws and civil rights.

When taking up social justice causes, unions perpetuate the key principles that have driven the labor movement since its inception — “solidarity, equality, democracy, and justice,” as Cindy Long at the National Education Association writes.

It’s this foundation that compels unions to lend their support to the Black Lives Matter movement.

‘There Is No Economic Justice Without Racial Justice’

Racial and economic equality advocates are motivated by the tenet that economic justice cannot exist without racial justice. This stance is predicated on a long history of discrimination against persons of color in the workplace that have kept them from economic prosperity.

Data has long buoyed the fact that racial discrimination runs rampant in American workplaces. It’s all too common for Black workers to be fired for non-performance reasons, such as too many of them in the workplace or their being “too ghetto,” Hannah Giorgis writes in The Guardian.

Black workers also tend to make less than their white counterparts in the same positions. And that’s if they get hired on at all.

Such discriminatory workplace practices have an especially negative impact on low-wage workers, who are often thwarted at every endeavor to advance in the workplace, notes Giorgis.

Those low-wage workers are disproportionately people of color, says David Cooper, senior economic analyst at the Economic Policy Institute (EPI). It’s a vicious cycle that all people of color struggle to escape. It’s also an economic disparity that has been highlighted and exacerbated by the COVID-19 pandemic, as low-wage workers continue to be laid off.

“In terms of the economic situation, all you have to do is look around the corner and you can see that for us, for people of color, we are overrepresented in the low-wage workforce and in the very industries we already know to be taking serious hits,” says Marc Morial, president and CEO of the National Urban League.

Punctuate those economic inequities with the social justice people of color are currently fighting for. It’s the reason the Black Lives Matter movement has gained strength — and why communities, advocates and allies around the country have come together to grow this movement.

Unions have been one such ally. They are bringing workers together as a collective voice against the injustices toward Black communities. They are also working on a grassroots level to affect changes in their workplaces.

“Until we can unite in true solidarity and rid our own processes and workplaces of even the residues of racism, we will always be leaving something on the table,” stresses Karen Estevenin, executive director of Professional and Technical Employees Local 17 (PROTEC17).

Uniting in solidarity is what unions do best.

Labor unions have harnessed their greatest strength, collectivism, to advance the causes of the BLM movement.

“It is the historical task of the trade union movement to wield its power in the workplace so as to defeat discrimination wherever we find it,” writes Dave Ward, general secretary of the Communication Workers Union in the United Kingdom. “We know from industrial experience that it is only through unity and the promotion of collective solutions that we win.”

To that end, unions helped drive the Strike for Black Lives campaign.

On July 20, 2020, tens of thousands of people across the U.S. walked off their jobs for a full day to demand racial and economic justice. For those who weren’t able to take the full day off, organizers encouraged them to take a knee, have a moment of silence, or walk off their jobs at noon local time for 8 minutes and 46 seconds in memory of George Floyd and other victims of police brutality.

The day of action was organized and supported by more than 60 unions and social justice organizations. The organizers for the campaign listed four key demands driving the movement:

“Companies like McDonald’s cannot on the one hand tweet that ‘Black Lives Matter’ and on the other pay us poverty wages and fail to provide sick days and adequate PPE,” says Angely Rodriguez Lambert, a McDonald’s worker and leader in the Fight for $15.

In doing so, such companies are only perpetuating the economic and racial suppression of communities of color. The Strike for Black Lives was about highlighting that hypocrisy and securing a commitment to change.

“Corporate power is a threat to racial justice, and the only way to usher in a new economy is by tackling those forces that aren’t fully committed to dismantling racism,” says Ash-Lee Woodard Henderson, co-executive director of Tennessee-based Highlander Research and Education Center and strike organizer.

Systemic change starts at the ground floor. Labor leaders used their experience in bringing workers together to create a collective of different worker groups who were willing to walk out and demand racial and economic justice.

That unity showed “we’re tired and we’re not playing anymore. We want to be heard,” said Trece Andrews, a worker who cares for elderly residents at nursing homes in Detroit.

Labor unions also sponsored Black Labor Week, which Ralph Palladino, second vice president for The American Federation of State, County and Municipal Employees (AFSCME) Local 1549, DC37, described as “a public educational event on the importance of the Black community and labor to the nation as a whole.”

Organized by the American Federation of Government Employees (AFGE) Women’s and Fair Practices Departments, the week-long campaign featured a series of interactive and educational virtual events held during the week of September 14, 2020. Daily trainings covered a wide range of topics, including:

Through these events, labor demonstrated its commitment to racial and economic inequality for Black people. It’s another way for the labor movement to put action to Richard Trumka’s words:

More Walkouts Are Possible Before the Election

Unions are signaling a willingness to authorize more walkouts in the lead-up to the 2020 election to ensure the issues of the movement are part of the national conversation.

“When we strike to withhold our labor, we have the power to bring an unjust status quo to a grinding halt,” union leaders said in a Labor Day statement about the possibility of more protests leading up to the election. The threat of further strikes is part of labor’s efforts to continue supporting Black workers until real changes are made.

“Are we striking tomorrow? No,” says Angelina Cruz, president of Racine Educator United, an organization representing teachers in Racine, Wisconsin. “Are we in conversation with our members and the national labor movement about how we escalate our tactics to stop fascism and win justice? Yes.”

“I think it’s a historic moment, a new level of intersection between our fights,” says Mary Kay Henry, president of the Service Employees International Union (SEIU). “The labor movement is owning that until Black communities can thrive, none of us can thrive.”