Unions Must Promote Diversity and Inclusion to Maintain Solidarity 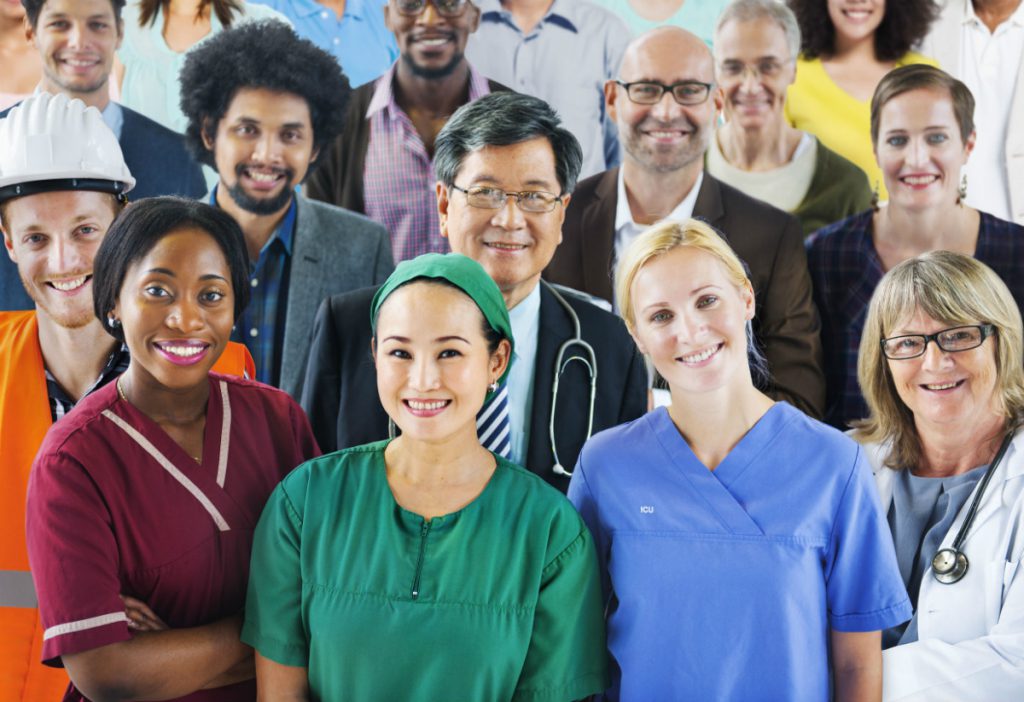 What makes unions work is the solidarity of its members — that collective desire to fight for something greater. Unions create a sense of belonging for anyone in the workforce. So, what better way to inhibit unions than to prevent the building of that solidarity?

That’s exactly what labor detractors have been doing for decades: placing roadblocks in unions’ paths to building stronger memberships. One key issue that has plagued union solidarity is diversity.

Unions have long struggled to create inclusive memberships that reflect a diverse workforce. And those who oppose unions have jumped at the opportunity to use this struggle to weaken union solidarity.

That’s why it is so important for unions to build more diverse and inclusive memberships. In order to build true solidarity, unions must reach out to all members of the workforce and fight to create an equal-opportunity environment for all.

Why Inclusion Matters to Unions and Workers

Union leaders recognize the need for equity in their organizations and in the workplace. “A diverse and inclusive labor movement is essential to connecting with and representing the workforce of the future,” the AFL-CIO wrote in 2013, when delegates at that year’s convention passed Resolution 20 as part of an overall diversity initiative in its own organization.

Resolution 20 underscores diversity mandates that already exist and encourages AFL-CIO bodies to implement measures to increase diversity in their organizations. It also requires the AFL-CIO to audit diversity throughout its ranks.

Through their efforts to create greater inclusion in their own organizations, unions are also impacting the diversification efforts of the workplace. Quite intentionally, unions are paving the way toward more inclusive workplaces, says Michael Bach, CEO of the Canadian Centre for Diversity and Inclusion.

Bach uses the Canadian Auto Workers union as an example of a union working to be more inclusive by shattering the stereotypes of white male workers in that industry. “They have a union that’s very advanced in their thinking surrounding the needs of all their potential members,” Bach notes. To that point, they have been specifically supportive of sexual orientation and gender issues.

But beyond connecting with members of the workforce and setting an example of diversity, union equity is also essential to the survival and growth of unions, Canadian union organizer Jojo Geronimo writes. He demonstrates how union equity is both a practical consideration and a consideration of principle, and how one can’t exist without the other.

“Being principled without being practical leads to no results,” Geronimo writes. “Pragmatism without principle lacks vision, becomes hollow, and we would soon lose direction. Together, they work to produce lasting results for union growth and movement building.” 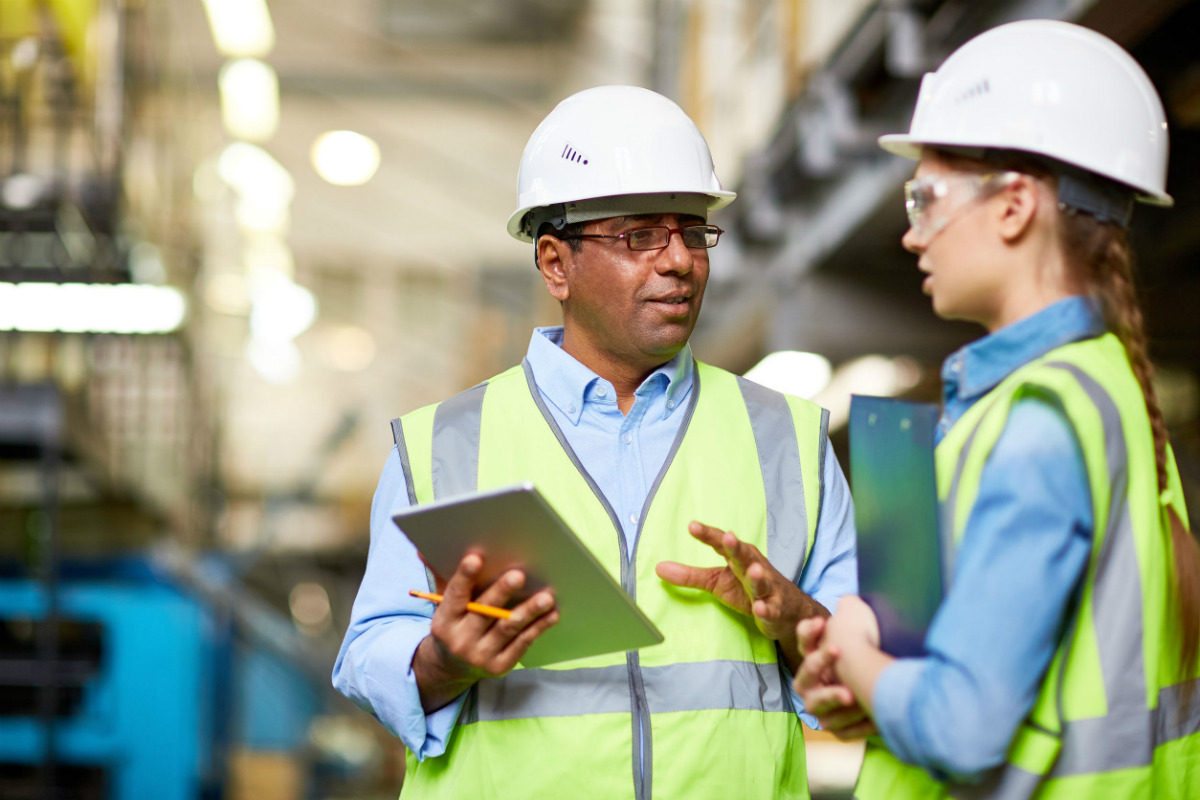 How Unions Are Increasing the Diversity of Their Memberships

“The more diverse the union, the more it thrives,” labor union advocacy group Labor United asserts. Unions are tackling the issue of increasing diversity with a number of different tactics to reach more minority workers.

One of the key tactics of labor unions in their diversification efforts has been increasing the diversity of their leadership. Jaclyn Diaz, labor reporter at Bloomberg Law, speaks directly to some of these leaders, who are part of contemporary workforce that is “younger, browner, and female.” In their conversations with Diaz, these leaders reveal some poignant insights from their experiences with diversity in union leadership.

“I know how good it feels for me when I see someone like me leading,” says Tamara Brummer, a black strategic organizer for the International Union of Painters and Allied Trades. “It makes a difference because it shows that you as an institution are really invested in me and my future.”

Diaz stresses that unions must embrace potential leaders from a variety of communities and backgrounds, then establish recruiting and mentorship programs to help those would-be leaders thrive. “To keep new blood flowing through the labor movement, older leaders have to make room for their successors,” RoseAnn DeMoro, executive director of National Nurses United, tells Diaz.

Take, for example, the growing youth leadership population of union leaders in Philadelphia. BillyPenn reporter Anna Orso recognized 13 such leaders in 2015, all of whom were under 40 at the time.

The current group of under-40 workers, millennials, are a huge generation that makes up the majority of America’s workforce. Their insights into inclusivity and identity issues are invaluable because they came of age when America experienced a shift in the way it look at and talked about these issues. They are poised to be strong leaders to help unions embrace more diversity.

Actively reaching out to workers from underrepresented communities and encouraging them to join a union is another vital tactic in building more inclusive unions, believes Sonja Gholston-Byrd, first vice president of the St. Louis chapter of the Coalition of Labor Union Women.

Organized labor, she says, must reach out to communities of color because communities in general are the foundations of any union. “But if white folks don’t have the opportunity to interact and have conversations, how can they truly understand what is affecting any of the other communities?” Gholston-Byrd asks.

As Investigative Post reporter Charlotte Keith notes, community groups are a great resource. These groups know how to find qualified applicants whenever jobs become available. But there is often a disconnect between unions and community groups that prevent them from working together.

Union leaders claim to have trouble finding applicants, while community groups assert they have more demand than they can accommodate, Keith writes. Because of the disconnect, recruiting people from underrepresented into apprenticeships, mentorships and open roles is difficult. If you can’t connect the two, communities end up with pockets of people who want to work but have no direct pipeline to those jobs, explains Kevin Schuler, vice president for corporate communications at construction contractor LPCiminelli.

Some communities have been able to successfully build that mutually beneficial partnership. One such example, Building Union Diversity (BUD), can be found in the St. Louis area. BUD is a pre-apprenticeship program that focuses on training women and racial minorities for construction jobs.

Dr. John Gaal, director of training and workforce development for the St. Louis-Kansas City Carpenters Regional Council, explains that the program is the result of construction businesses recognizing the importance of hiring more people of color and more women into the trades over the next couple of decades. After four years, the program is a success, boasting an 85-percent placement rate for its graduates.

By partnering with community groups and implementing community outreach programs, unions are better able to reach minority groups and workers as part of an overall inclusion strategy.

Advocate for Legislation That Supports Diversity

Unions are powerful lobbyists. Throughout their history, they have won higher wages, safer working conditions, workplace equality, unemployment benefits and a number of other rights to improve the lives of workers.

Unions have often worked hand-in-hand with leaders of social movements because those leaders represent the interests of the same people. Consider the Civil Rights Movement and the role of unions in pushing for race equality in the workplace. Or the Gay Rights Movement and how unions have fought for protections for those who didn’t have legislative rights.

Politics and activism writer Elizabeth King explains how employment and marriage equality for the LGBTQ workers were milestone victories that were supported by unions. Because of these legislative victories, LGBTQ workers gained the right to work without discrimination and receive full benefits for their families.

Many unions are also putting their lobbying power behind creating a more diverse workplace. During the Pennsylvania American Federation of Labor and Congress of Industrial Organization’s 2018 convention, the group elected to push for a state law to protect employees from gender and sexual identity discrimination in the workplace. It also added language to past diversity resolutions that calls for expanding opportunities for minority groups.

As Leo Gerard, international president of the United Steelworkers stated during the convention, “If we’re not the conscience of the country, who will be?” 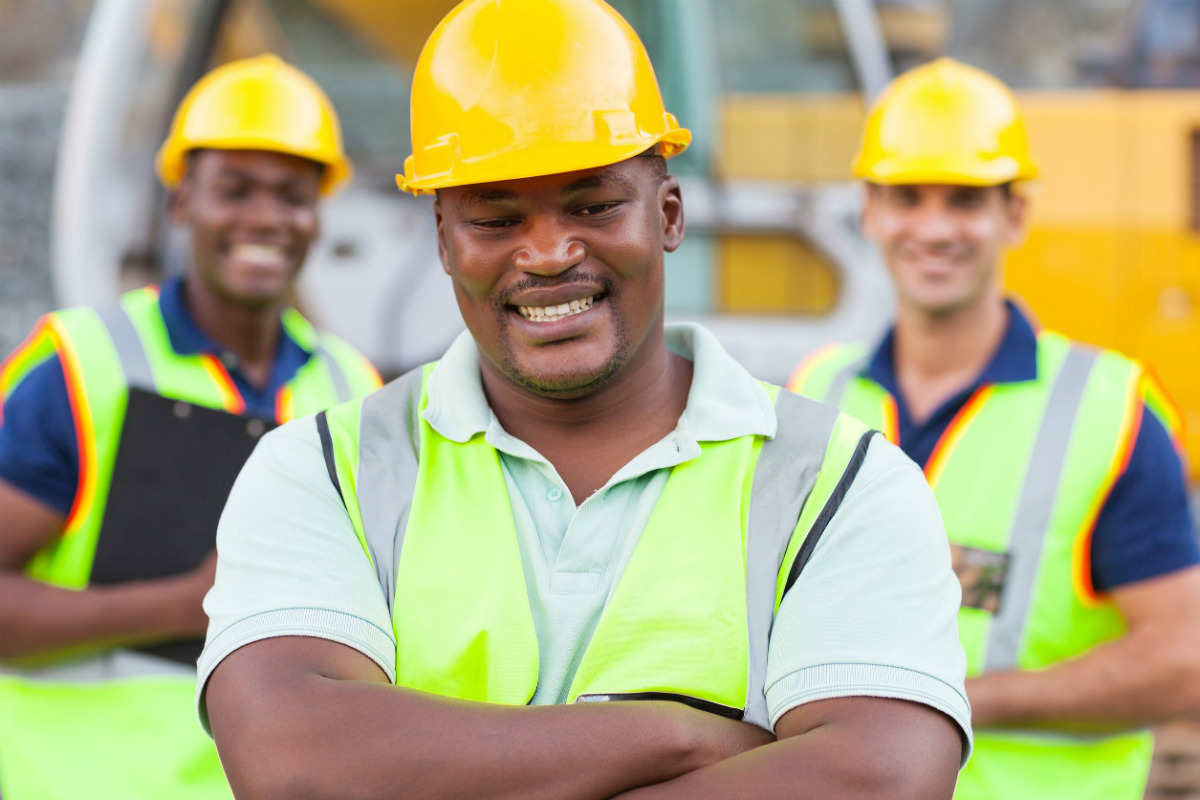 The Construction Industry: A Case Study in Union Diversity

In a report on diversity in the New York City construction industry, Lawrence Mishel, distinguished fellow at the Economic Policy Institute, explains that racial and gender discrimination has long been prevalent in the building trades on a national level and in New York City in particular. He notes how hiring practices had made it difficult for non-white men to enter the building trades.

As early as the 1960s, 92 percent of the building trades in New York City were white males, note researchers Maria Figueroa, Jeff Grabelsky and J. Ryan Lamare. But that trend has been on the decline for a number of years in New York City, where workers of color now hold 55.1 percent of NYC blue-collar union construction jobs.

Other cities have also been consciously working to overcome this disparity in construction. In Boston, International Brotherhood of Electrical Workers Local 103 is encouraging racial minorities to apply to its apprenticeship program through advertising and social media marketing efforts. “We strive to be as diverse as the city,” says business manager Lou Antonellis.

And their efforts resulted in the highest number of minority and female applicants ever for a Boston construction apprentice program.

While Boston and New York are certainly not the only cities making the efforts, they are prominent examples of the move to a more diverse construction industry workforce. It is a move that is being made across all industries in the US.

Unions are supposed to represent the working class. But, if segments of the working class don’t have representation in the unions, how can those unions propose to work on their behalf? Marginalized groups don’t merely bring new perspectives to unions. They also bring the power of the people, those who are tired of being marginalized and energized to help fight discrimination in the workplace.

Unions must diversify their ranks to be more inclusive so they can harness this power and bring the workforce, and themselves, in line with the shifts in attitudes and demographics happening in the US.

In order to be more inclusive, unions have to be able to engage with those underserved groups. This is where communication platforms such as UnionTrack ENGAGE can help. It facilitates outreach efforts to connect those people to the union and build a more diverse membership.