In a perfect world, every worker who joins a union is passionate about participating in union activities. Unfortunately, that union utopia rarely exists, as many unions struggle to mobilize their members.

Many workers join unions for the collective bargaining benefits but never actually get involved in union activities. This disengagement can work against unions when they need their members to collectively stand up and battle for workers’ rights.

So, sometimes unions have to dig deep to empassion members to mobilize and fight.

This deeper level of engagement was most recently demonstrated during the partial government shutdown, as several air travel unions mobilized to fight for workers’ rights. These unions were laser-focused on communicating with members and joining together to make sure everyone was informed and involved during the record-breaking 35-day shutdown.

Flight attendants are not federal employees. They are airline employees. Still, they were very much impacted by the recent government shutdown. As Mashable reporter Adam Rosenberg points out, flight attendants’ safety is most jeopardized when “the infrastructure responsible for keeping planes in the air breaks down.”

And because of the stressful working conditions during the shutdown — and not knowing when it would end — air traffic controllers were making uncharacteristic mistakes, says Trish Gilbert, president of the National Air Traffic Controllers Association.

Leading the charge was Sara Nelson, international president of the Association of Flight Attendants-CWA. In an interview with Popular Mechanics, Nelson lamented, “I am very aware that when I get in a plane I am less safe than I was a month ago.” With that feeling echoing throughout her industry, and no end to the shutdown in sight, Nelson realized the need for deeper engagement with her membership.

Nelson posted a video message to members urging them to call and visit their congressional leaders to demand they end the shutdown, Sarah Jones at New York Magazine notes.

The video was the culmination of three weeks of intense engagement with her membership. The AFA-CWA was diligent about using Twitter to share multiple updates a day, as well as inspiration from others who were thankful for the AFA-CWA’s efforts to end the shutdown. Through carefully targeted messaging, Nelson made the issue bigger than the aviation industry alone. She turned the shutdown into an inclusive labor movement. 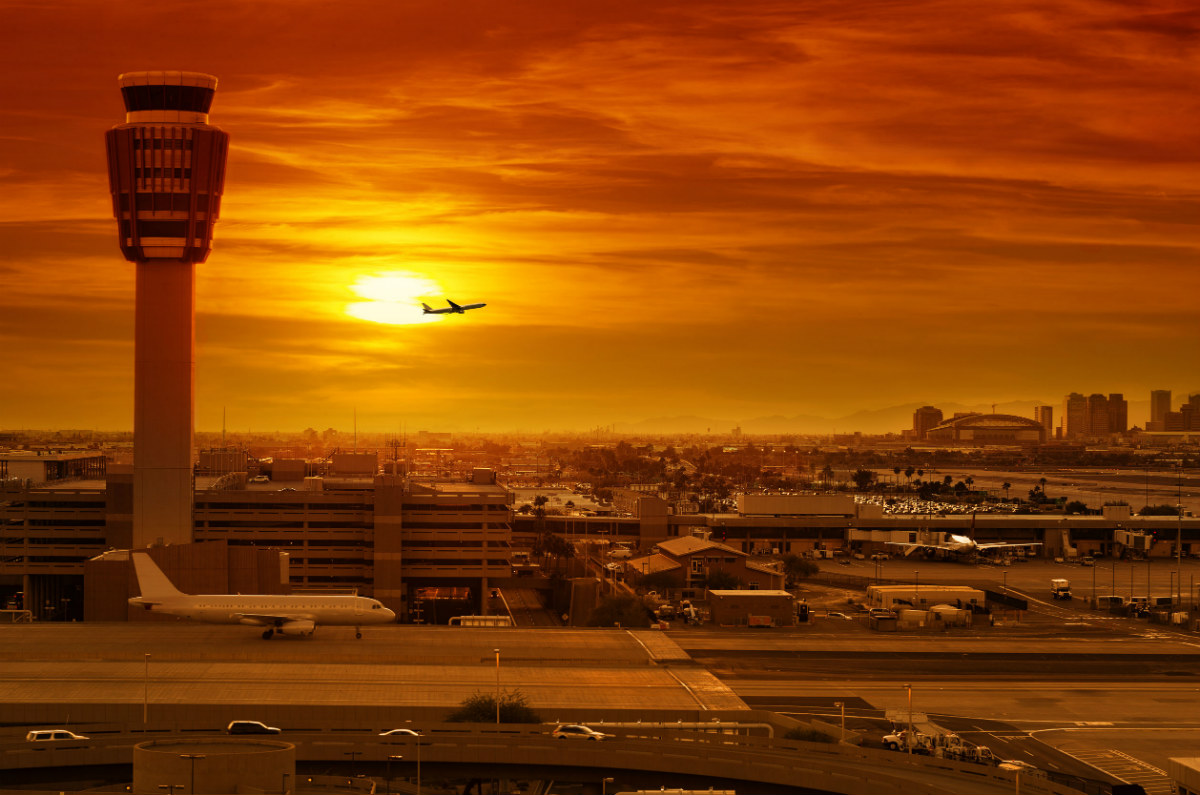 Without air traffic controllers, chaos would ensue in the skies. That’s why they were one of the loudest groups to start protesting the shutdown as it lingered on, issuing dire warnings as to the impact on air passenger safety.

Christopher Bacon, a representative of the Allied Pilots Association, said during a January rally that safety was at the core of the protest. He explained that distracted air traffic controllers cannot ensure “they’re giving absolute, top-notch control of the pilots.”

At both the national and local levels, the National Air Traffic Controllers Association organized rallies, utilized ongoing social media campaigns and put boots on the ground to ensure their plight stayed top-of-mind for members, legislators and the public. The union used these outlets to encourage everyone to pressure lawmakers to end the shutdown.

At a national level, the union spearheaded a rally on January 10 that brought together workers from throughout the aviation industry, as well as lawmakers and citizens. NATCA president Paul Rinaldi issued the rallying cry: “We don’t care what issue of the day is … we don’t want to be in the middle of a political tug of war.”

At the local level, NATCA members garnered support by handing out flyers at airports to passengers that urged them to call their elected officials and push them to end the shutdown.

At Newark Liberty Airport, Albany International Airport and Spokane International Airport, among many others, workers told passengers that the safety of air travel was at stake. They stressed a message that these collective actions weren’t for personal reasons. “I just want to end the furlough, end the shutdown. Get everybody back to work,” said Ben Struck, an aviation safety inspector at Newark Liberty. He said they were battling to make flying safe.

The pamphlets were specifically designed to inform the public about the impact the shutdown had on travel safety. “No one should be under the illusion that it’s business as usual for aviation safety during the shutdown,” stressed the leaflet distributed at Kansas City International, according to news reporter Matt Campbell.

At all levels of the organization, union leaders used social media to mobilize members and the public in support of their plight.

Albert Navarro, president of the Asheville, North Carolina, NATCA local, alluded to the Facebook 10-year challenge and urged everyone to take “the government shutdown challenge” and put themselves in the shoes of air traffic controllers. “Pretend like your last paycheck was in December, and you do not know when you will get paid again,” he said. With that in mind, he asked everyone to write Congress to urge them to do the same and end the shutdown.

NATCA also urged locals to join in their “Stop the Shutdown” social media campaign. The union provided boilerplate copy for social media posts that fellow members and the public could use. It also posted informative guidelines and graphics. The union was especially active on its Twitter account to not only keep members informed on the shutdown, but also highlight what locals were doing to encourage the industry and the public to get involved.

By using a number of different outreach methods, the union was successful at all levels in bringing members, legislators and the public together in support of the greater cause. 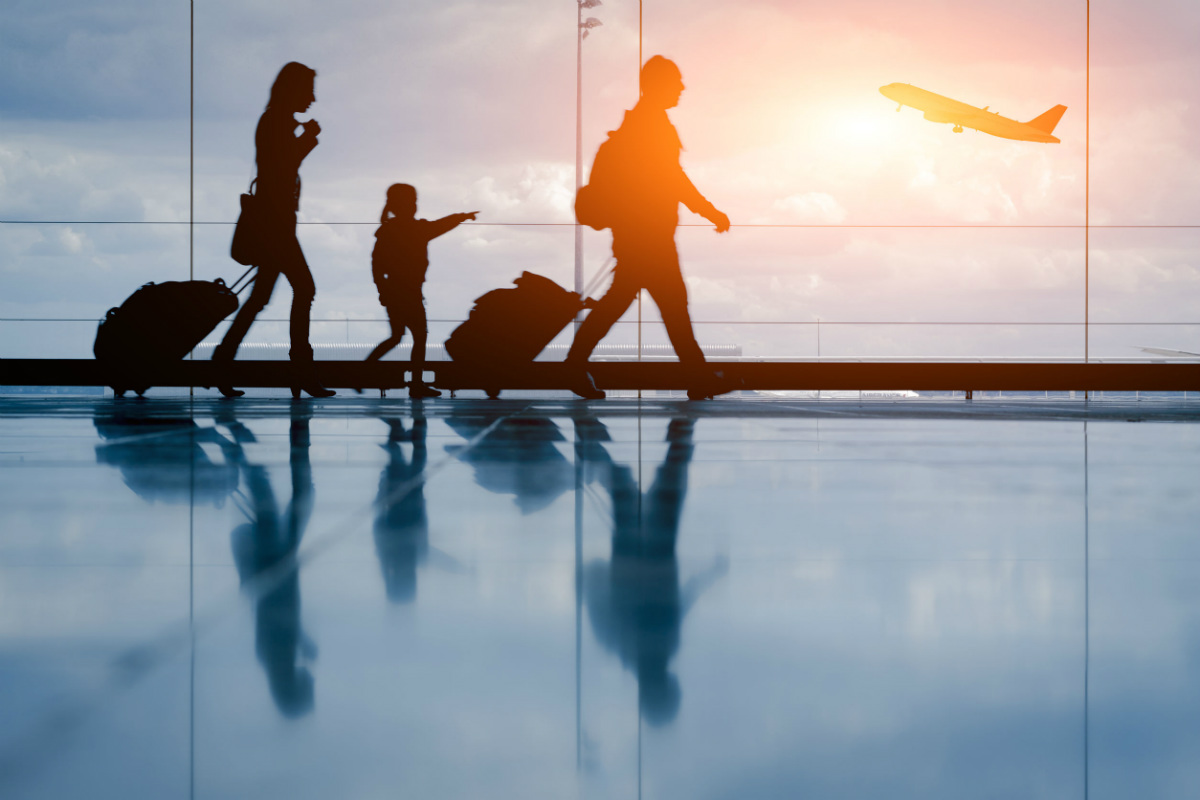 The Professional Aviation Specialists Union Put the Pressure on the Government

Aviation safety inspectors are deemed non-essential employees, so when the government shut down, they were furloughed. This left a gaping hole in airport security. When the inspectors are sidelined, they aren’t inspecting planes or pilots, says Mike Perrone, president of Professional Aviation Safety Specialists.

PASS joined other aviation unions in rallying for its workers to start working and getting paid again, and it targeted its efforts directly at the Federal Aviation Administration. Perrone reports that picketing efforts by the locals’ members and intense media coverage helped put the pressure on the FAA to get workers recalled to work throughout the shutdown.

Monika Warner, PASS WA3 chapter president and public relations chair, explained that members were speaking out in the media via demonstrations and at congressional visits about their personal and professional challenges from the shutdown.

The national used the local chapter leaders’ media interviews — such as the one by Chapter NW3 member Jerry Culley — in their social media to push more locals to get involved.

PASS members also organized rallies at airports to garner the media attention they were seeking to reach legislators. At one protest at Chicago-Rockford International Airport, the PASS group said its goal was to “get lawmakers to stop gambling with aviation safety and stop depriving federal workers of their deserved funds.”

At Cleveland Hopkins International Airport, Ohio PASS Chapter President James Norton and his fellow members gathered to talk to the media and pass out information to travelers. “Every day the shutdown goes on, another layer of safety is slipping away,” Norton told the Cleveland Plain Dealer.

Both the national and the locals were able to mobilize their memberships at multiple airports to show their solidarity. By uniting this way, the air travel unions helped push the government toward a temporary resolution for the shutdown.

Tools such as UnionTrack ENGAGE can help unions ramp up their communication efforts to keep members informed and engaged, especially when solidarity is necessary to fight for worker rights.