Roadmap for Unionizing: First Steps When Organizing Your Coworkers 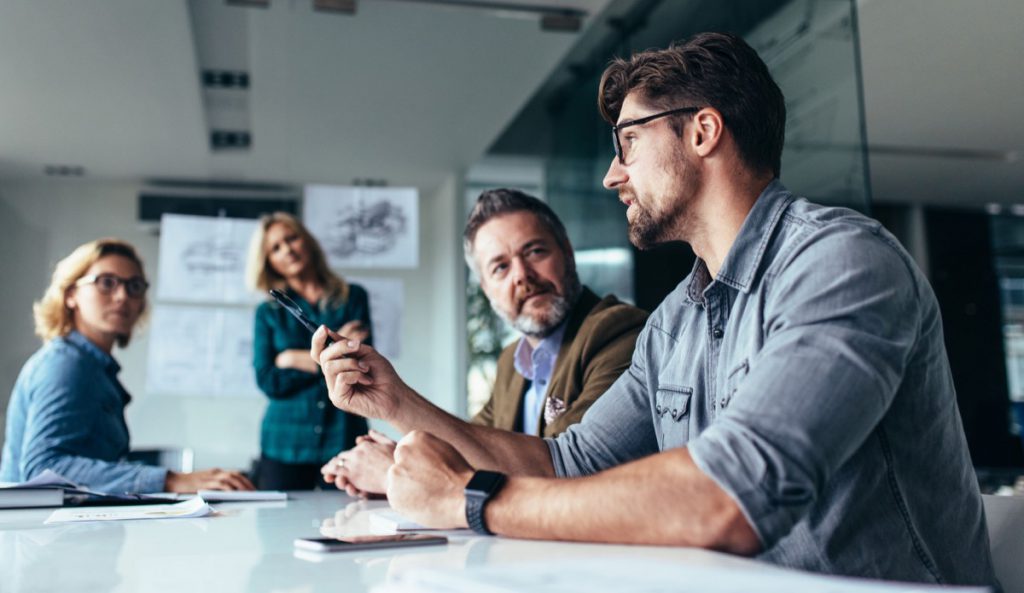 The power of collective bargaining is invaluable to all workers, no matter the industry, size of the workforce or the level of job satisfaction. More workers in traditionally nonunion industries are realizing this and taking unionizing first steps.

Take the recent unionization of sports/pop-culture media company The Ringer, for example. A majority of employees at the 90-worker organization voted to unionize under the Writers Guild of America East for collective bargaining rights. This move was especially noteworthy because of how the workers expressed their pride at working for the company.

Still, those workers recognized the necessity of collective bargaining. “By unionizing, we hope to strengthen our already amazing workplace culture and ensure that everyone who works at The Ringer, from video to editorial, from senior staffers to entry-level hires, receives necessary support, protection, and fair compensation,” organizers wrote in August.

This is a different vision of organization than the one often presented, where workers are pushed to the brink by management. In reality, many people want to join a union, asserts Jonathan Tasini, union leader, organizer and strategist. Even those who are happy at their jobs. There are always improvements that can be made in any workplace.

But broaching the idea of unionizing can be intimidating when you don’t know how your coworkers feel. Don’t let that hold you back. Remember, sometimes, all it takes is for one person to speak up to spark momentum.

Once that happens, the road to unionization is a process that requires time, energy, participation and dedication. But it is all worth it when you gain the support of a union that can advocate for you and your coworkers through collective bargaining.

Essentially, there are five keys steps on the path to unionization, each with its own set of tasks to move the process forward.

This article focuses on Step One, building support for unionization in the workplace. These are the essential tasks you must accomplish before you start an official unionization drive that will eventually lead to formal recognition.

Know Your Rights to Organize

Before initiating the unionization process, be sure you know and understand your rights as a worker to collectively organize your workplace. This prepares you for any resistance from management as you go through the process.

One of the key federal laws in the U.S. that all private-sector employees should know and understand is the National Labor Relations Act (NLRA). The NLRA guarantees private-sector employees who work for employers involved in interstate commerce the right to organize into unions and engage in collective bargaining, as well as other rights including striking and picketing. The act created the National Labor Relations Board (NLRB), which is responsible for enforcing the NLRA and overseeing the relationship between employees, their unions and their employers.

Unionization by public-sector employees is governed on a state-by-state basis, so be sure to research the applicable laws in your state if you are a government employee.

Another federal law to understand is the Labor Management Relations Act, also known as the Taft-Hartley Act. This act was passed to limit some actions by unions toward employees that could be considered unfair labor practices. Some provisions include protecting employees from restraint or coercion by unions and giving employees the right to refrain from participating in a union.

Once you have a good understanding of your rights to organize, it is time to start quietly discussing the possibility with coworkers. 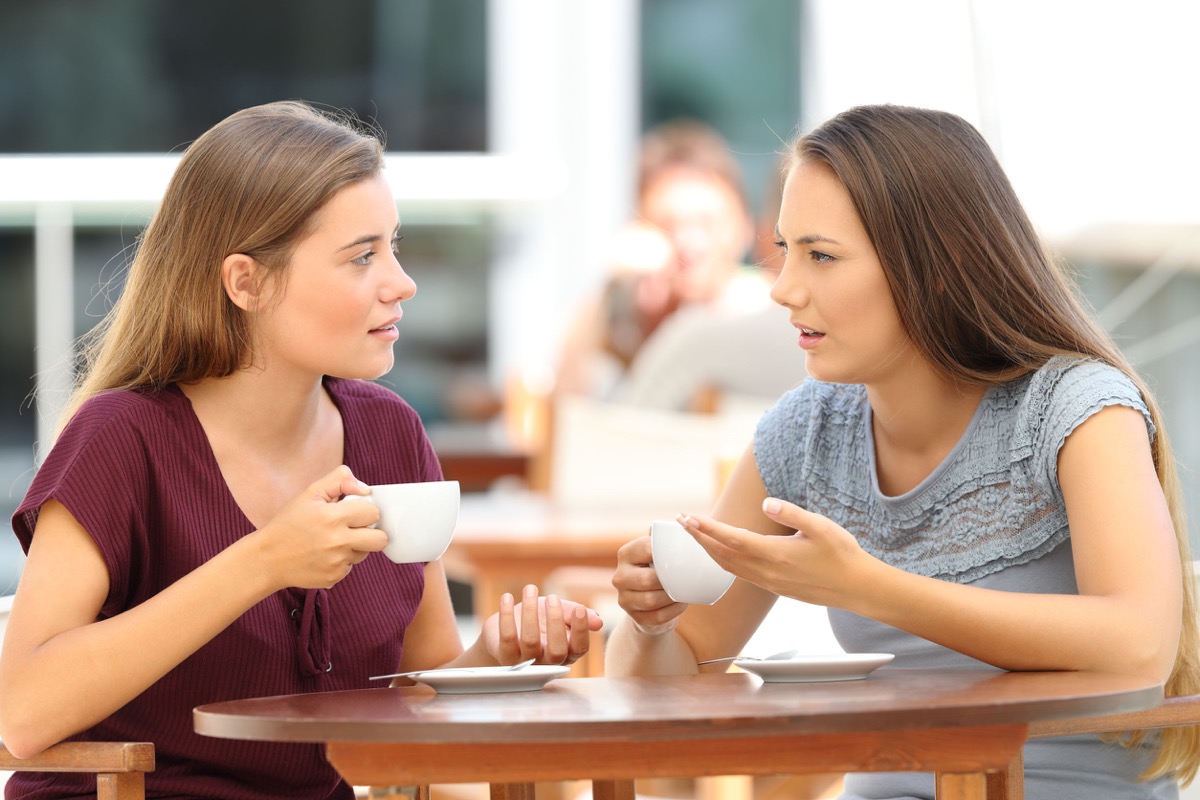 How do your coworkers feel about issues in the workplace? Efforts to organize will require support from coworkers, so it is time to find out. The next stage of this process is to gauge the interest of the workers in forming a union as the solution to addressing problems or issues happening in the workplace, says the International Alliance of Theatrical Stage Employees, Moving Picture Technicians, Artists and Allied Crafts (ITASE).

Start quietly talking to coworkers whom you think may be sympathetic. Don’t assume anything about how they may feel about organizing, cautions the Teamsters local 362 in Canada. Different employees may have different concerns and opinions about how to address them. So, ask a lot of questions to get a feel for support, and avoid making a sales pitch for joining a union, suggests the Teamsters.

This all needs to be done as discreetly as possible. Once management hears of the possibility of unionization, they could push back hard. This is what campaigns like what the NY-based Gimme Baristas’ Union experienced when it tried to unionize. “Management responded by holding captive audience meetings telling workers why we don’t need or want a union,” organizers say.

To avoid that early hurdle, have these conversations face-to-face with coworkers. Avoid any types of mass communication such as emails, meetings or pamphlets, advises The NewsGuild-CWA.

Once you feel you have enough support to move forward, contact a local union representative to start the formal process of unionization. You don’t need a majority at this stage, just a small group of employees dedicated to the cause.

Connect With a Union

Then, contact a representative at the union’s local to formally state your interest in organizing. If there is no local, reach out to the national or international who will then send out a representative. That person will meet with your group to answer questions and help you develop a plan for organizing. That plan may include more work on your part before the union gets involved, but the union representative can help guide you in the right direction. 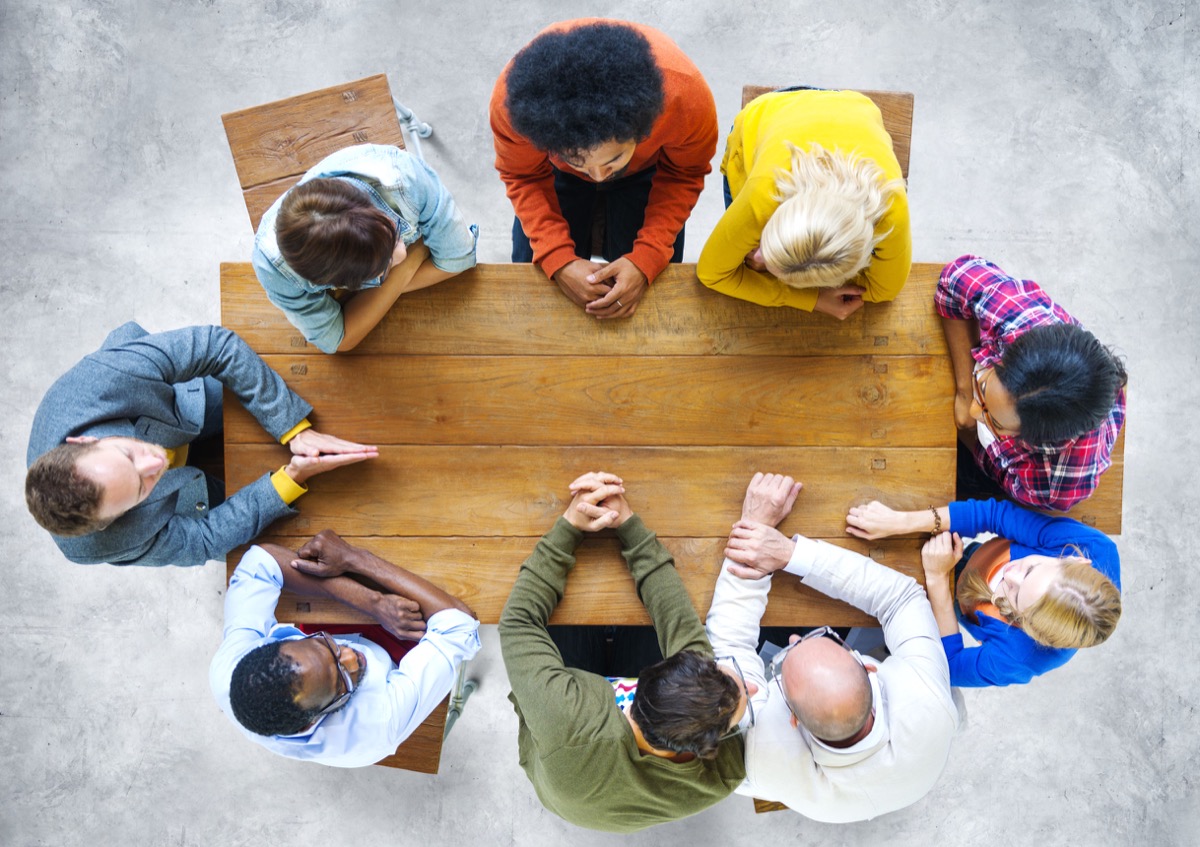 The Communications Workers of America (CWA), AFL-CIO, recommends the number of workers on the committee be at least 10 percent of the workforce. Those workers should represent all major departments and the shifts worked to reflect the diversity of the workplace. They will be responsible for facilitating communication between the union and the employees throughout the campaign.

As the process to unionize continues, the committee will also be tasked with motivating and unifying members, notes the MNA. They will also run interference on misinformation campaigns from management to ensure all workers are aware of what is actually taking place.

The organizing committee will also be responsible for laying out the issues in the workplace that need to be improved, explains the United Food and Commercial Workers (UFCW) Local One in upstate New York and northern Pennsylvania. These form the central message for unionizing and building support through campaign activities. They will also eventually guide contract negotiations.

Now, the more outward-facing phase of the campaign to unionize begins.

Under the NLRA, if a company doesn’t voluntarily recognize a union, organizing the workplace will eventually require a majority of the employees to vote for unionization in the election. To even get to that point, 30 percent of employees have to sign cards or a petition stating their desire to unionize.

At this point, it is time to talk openly with coworkers to discuss issues and build union support. Keep in mind that though you are talking more openly, by law you must restrict those discussions to breaks in non-working locations or away from the workplace.

This isn’t the formal union drive where supporters sign cards or petitions. This is just the final task in the first step toward building support for the effort. But you shouldn’t attempt to move forward until you are confident in securing that 30 percent in the formal drive — which is the crux of the first step of formally organizing.

Each of these small tasks are essential in bringing you and your coworkers to the next key step in unionizing your workplace: hosting the union drive.

As you go through these tasks, keep in mind that it will take some time to get to this point. But with dedication and determination, you and your coworkers can move one step closer to securing a partner in worker advocacy in the workplace.

To help you organize, implement a tool such as UnionTrack ENGAGE to facilitate communication and collaboration to increase engagement with the unionization efforts.

Check out the rest of our Roadmap for Unionizing series: