How Unions Can Help Educate By Promoting Labor History 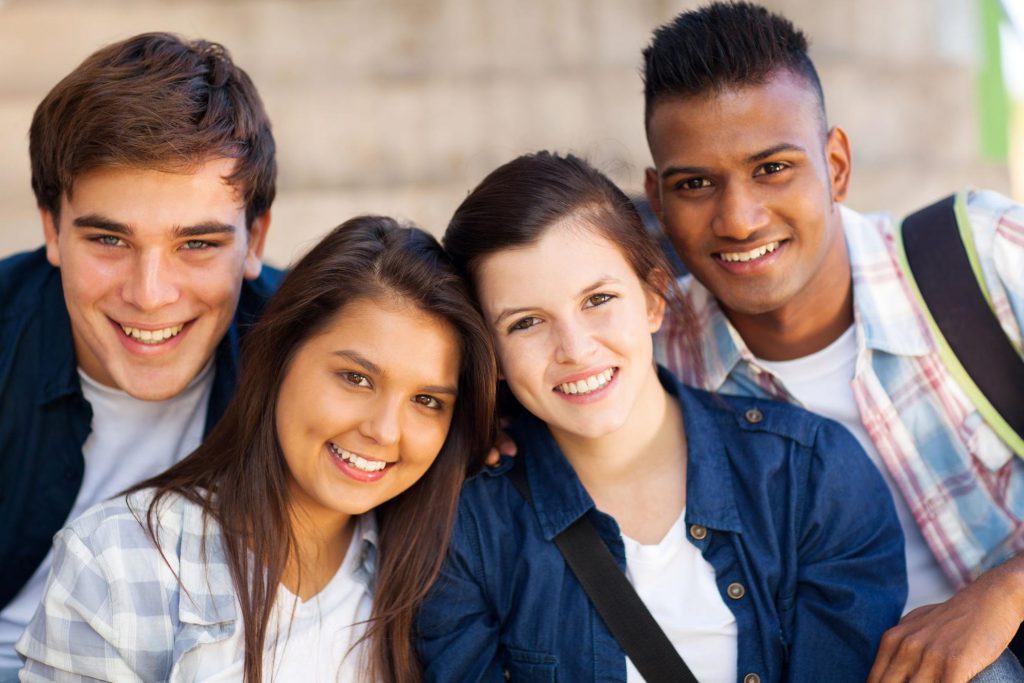 The future of labor unions is tenable not only because of political efforts to suppress them, but also because of pedagogical oppression. American schools are not teaching students about labor unions and their fight against economic injustice.

“Both of my parents were in unions, but honestly, I don’t know much about them,” says Robin White Goode, education editor at Black Enterprise. “My indifference could be attributable to what I learned in school about their significance in American history and to workers’ rights—which was nothing.”

Sadly, Goode’s story is not uncommon. Ask any young American what they know about labor unions, and you will likely get the same response. This points to a serious issue in the American school system, which tends to ignore the labor movement’s role in American history.

And because of that lack of inclusion, the next generation of workers has no clue what unions are and how the unions can help them when they enter the workforce. For unions, this ignorance means an uphill battle to engage with them and encourage them to support and join unions.

To pre-empt such problems, unions must fight to get the true history of the labor movement included in the classrooms.

American Textbooks Distort and Ignore the History of Labor

Students are unlikely to learn the truth about labor and unions from traditional textbooks. This is the conclusion of a (still very relevant) 2011 study sponsored by the Albert Shanker Institute in cooperation with the American Labor Studies Center of the four most prominent US history textbooks.

In “American Labor and U.S. History Textbooks: How Labor’s Story Is Distorted in High School History Textbooks,” the authors note that if labor issues are included at all, the textbooks revise their histories by:

Randi Weingarten, president of the American Federation of Teachers (AFT), says the report “explains why so few Americans know much about labor’s history and contributions.” She says that labor’s role in US history is “misrepresented, downplayed or ignored.”

Weingarten’s point is as true today as it was when the report came out. American education materials do a disservice not only to unions, but to the students who will one day be a part of the workforce. Those students are not receiving a fair and accurate accounting of American labor history and the role of unions. They enter the workforce without understanding what unions are and how organized labor can help them secure the best possible working conditions.

This is likely one of the reasons why there are still significantly more older people in unions than younger. A Bureau of Labor Statistics report on changes in union membership for 2017 shows that about 7.7 percent of workers 16–34 were members of a union, compared with 12.6 percent of workers age 35 and older. Though the same report shows growth from younger workers, the gap is still significant.

Unions and their allies can help future workers learn more about organized labor by working together to advocate for the inclusion of labor’s history in school children’s’ education. 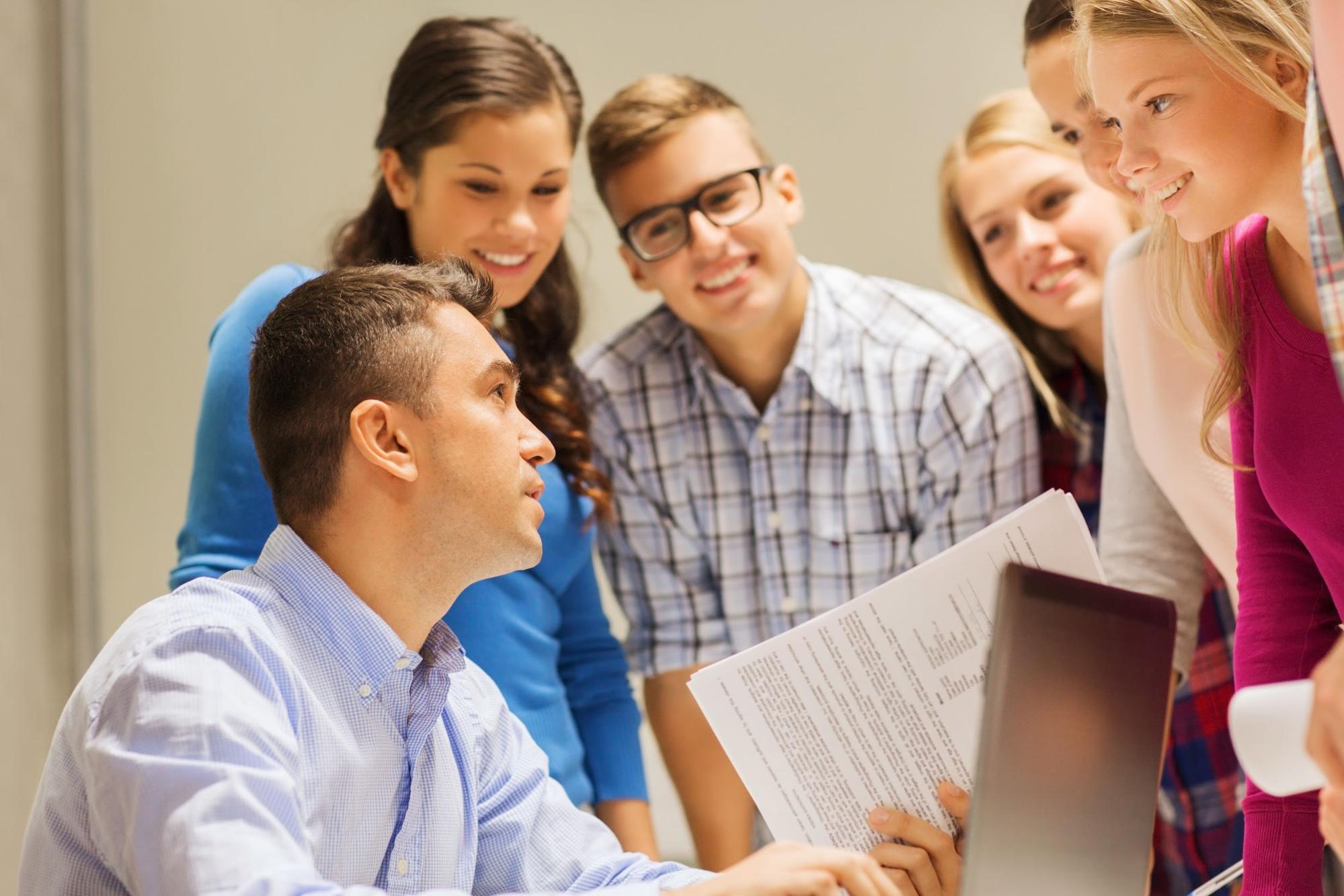 How Unions Can Help Overcome This Neglect

If unions don’t fight against the injustices of the US education system in ignoring the history of organized labor, who will? Knowing this, unions and labor-friendly organizations have been working to see that they take their rightful place in history lessons.

Below are three tactics that can help them accomplish this goal.

1. Advocate for Inclusion in Curricula

Just as unions can win rights for workers through collective bargaining, so too can they band together to win rights for students to learn about organized labor. And they have had a couple of successes in their efforts on this front.

In 2009, then-governor of Wisconsin Jim Doyle signed the Labor History in Schools bill into law. The law required that the collective bargaining process and labor history be incorporated into the state’s social studies standards. Members of Wisconsin State AFL-CIO and the Wisconsin Labor History Society worked together to bring about the passage of this bill.

“I’m happy to sign this bill so that Wisconsin students understand how important the labor movement was in creating some of the most basic workplace rights that Wisconsin families enjoy today,” Governor Doyle said at the time.

In 2015, Connecticut approved similar legislation that required the distribution of course materials on labor history and law, collective bargaining and workplace rights. The legislation was supported by the Greater New Haven Labor History Association, the American Federation of Teachers (AFT) Connecticut and the Connecticut Alliance for Retired Americans (ARA), among other union allies.

AFT Connecticut Secretary-Treasurer Ed Leavy argued for the inclusion of the labor movement in history lessons. “Life as we know it today would be impossible without the contribution of organized labor,” he said. “The men and women who struggled against deplorable working conditions, bias and abuse deserved the right to be remembered.”

The passage of these bills wasn’t without difficulty, but the determined steadfastness of these groups helped win the right for school children to learn about unions.

The battle of the textbooks is often a long, protracted process. But there is another route that unions can take to bring students more information on organized labor: They can encourage and sponsor the use of supplemental curricula to teach students about unions.

One such approach is collective bargaining simulations. In early 2018, a simulation organized by the DePaul University Labor Education Center was held for juniors at Niles West High School in the Chicago area. For most of those students, it was the first time they were exposed to the history of unions, notes Caroline Preston, senior editor at The Hechinger Report.

Throughout the exercise, students were able to simulate negotiations on wages, social media policies, employee benefits and random drug testing. These exercises taught students not only the history of labor but also critical thinking and negotiating skills.

Jessica Cook, director of the DePaul University Labor Education Center, told the students at the end of the exercise, “If there’s one thing I hope you take away from this, it’s that it’s easier to have a voice in your working conditions when you’re together.”

Simulations like these are a great way to bring an organized labor conversation into the classroom without having to wait for an official curriculum or textbook change.

Another tool for organized labor information is the Zinn Education Project, which “promotes and supports the teaching of people’s history in classrooms across the country.” A joint effort by Rethinking Schools and Teaching for Change, the Zinn Education Project offers American history curricula on workers, labor, women, social movements and more from the perspective of the people.

Unions can help get these alternative curricula into schools by engaging school districts and teachers in conversations about labor’s role in American history, as well as by sponsoring some of these materials for classes. 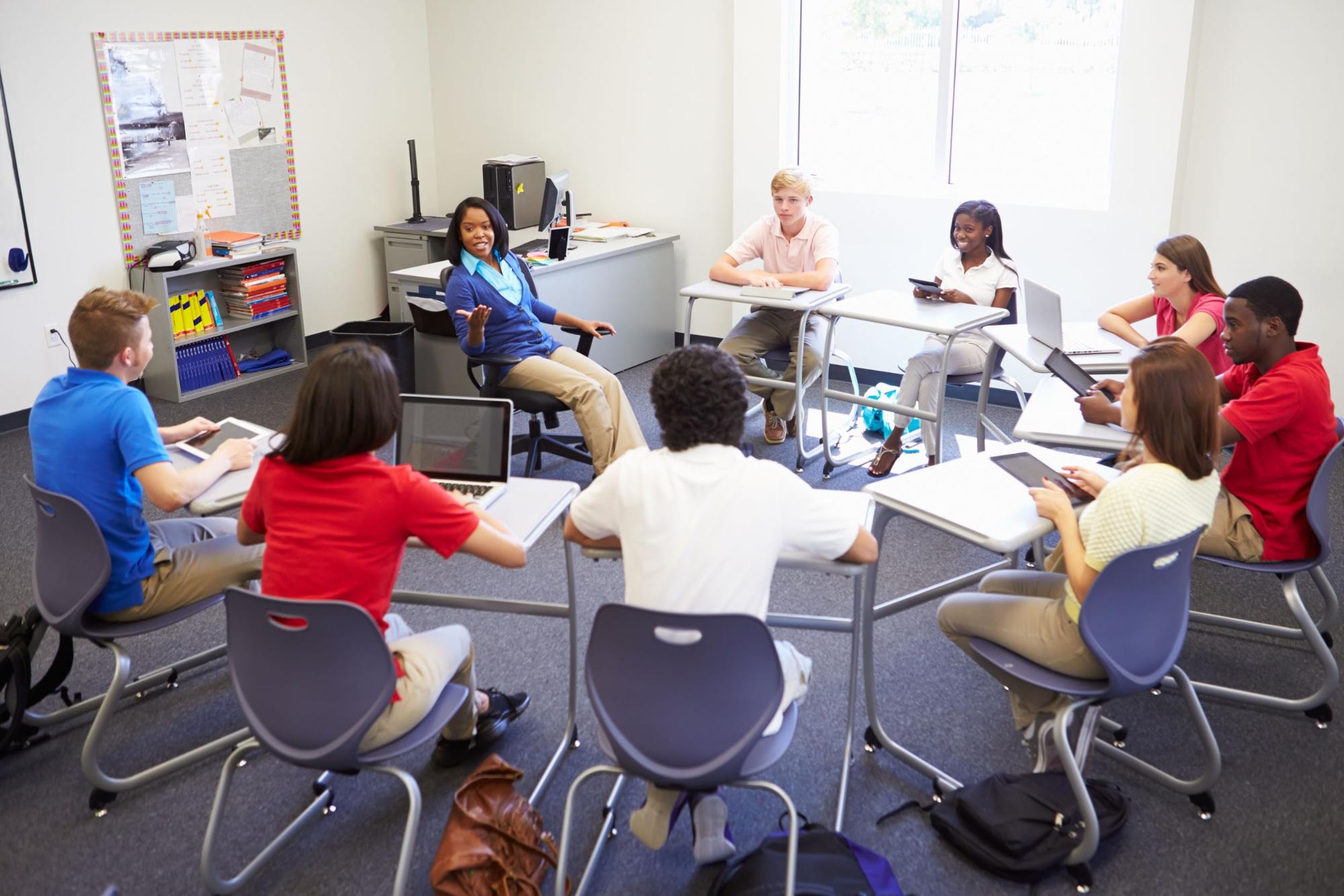 Sometimes, the best educations begin at home. When efforts to make changes in school are failing, union members can be the ones to provide that education to their children at home.

That’s exactly what Belinda Moreno, trustee at Utility Workers Union of America (UWUA) Local 132, is doing. She stresses to her daughters the importance of finding a union job because the union will fight for her rights. “Being a union member means unity, means solidarity, means that you have other people that are going to back you,” Moreno tells them.

When union members share their experiences and their knowledge of unions, they give their children an education that is missing from school. Their kids are learning the history and value of organized labor, lessons they will carry with them as they enter the workforce.

Raising the Next Generation of Labor Advocates

Unions are always going to be dependent on the next generation for survival, which is why it is so important they are taught early the history and value of organized labor. Those who know and understand what it means to collectively bargain for workers’ rights may be more likely to support unions when they enter the workforce. Anything unions and their allies can do to bring that part of American history to students will benefit organized labor in the long run.

UnionTrack ENGAGE can help union leaders stay organized in these efforts. With this platform, unions can communicate with members and keep them engaged in endeavors to fight for inclusion in American history lessons in school.