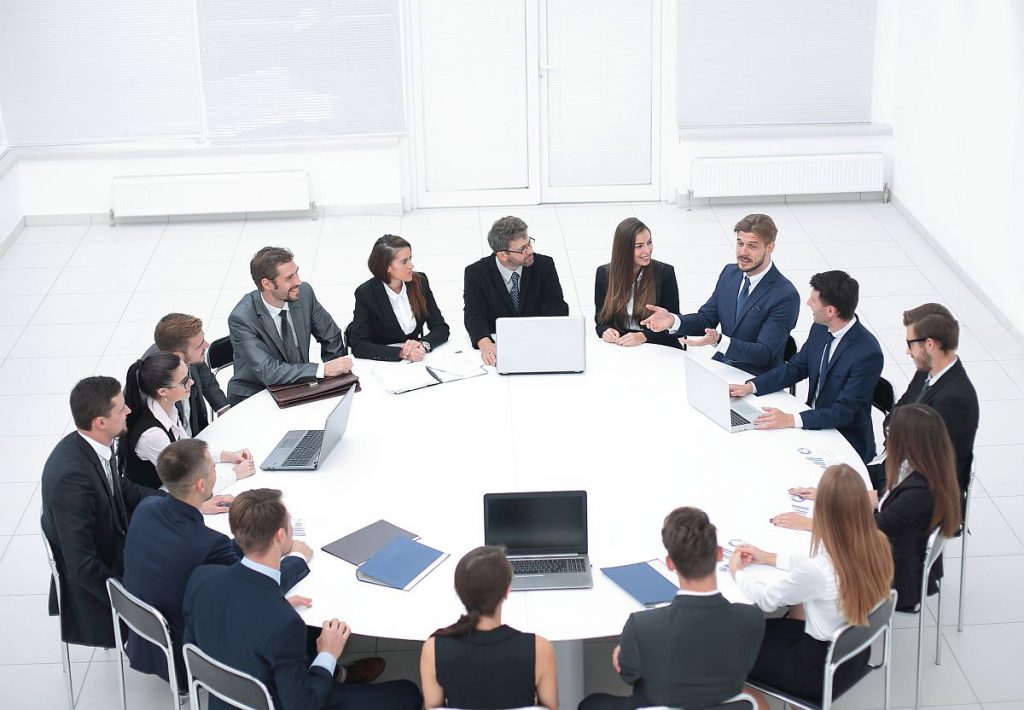 It’s nearly done! Once the union election has been held, the journey to organize a workplace is almost complete.

After the vote, the National Labor Relations Board (NLRB) will rule on any challenges and objections raised by either side and then either certify the results or call for another election. If the workers win the vote and the election is certified, the National Labor Relations Act compels employers to recognize the union as the bargaining representative for the unit of workers and start good-faith negotiations for a first contract.

However, getting employers to actually take a seat at the bargaining table is sometimes easier said than done.

As they have at nearly every step in the unionization process, employers will do what they can to disrupt the process and to stall negotiations for as long as possible. It’s a big reason why “the union’s chances of settling its first contract within one year are less than 50 percent,” explains Todd Vachon, assistant professor of practice, labor studies and employment relations at Rutgers and director at Rutgers Labor Education Action Research Network

Employers take advantage of this time and those odds to continue to try to sow doubt into the minds of workers about union representation in the hopes that they will abandon their efforts.

Employers Will Use Delay Tactics to Stall Negotiations

Although companies are compelled by law to bargain with unions, they are not compelled to reach an agreement. If they stall long enough while making a “good faith” effort to negotiate, it is possible for an impasse to be declared. If this happens, the employer can unilaterally implement the terms of the last offer it made as long as it made the offer to the union before the impasse, according to the NLRB.

There are, however, some potential legal and public relations ramifications that come along with declaring an impasse, so management will often stall negotiations in the hopes that workers will simply give up.

“A lack of progress in bargaining can dissuade workers from unionizing, by conveying the sense that it’s futile even if you win the recognition election,” writes Terri Gerstein, Senior Fellow at the Economic Policy Institute and director of the State and Local Enforcement Project at Harvard Law School. So, employers delay to make the union seem ineffectual in the hopes that workers will petition to decertify the union after a year of failed negotiations, Gerstein explains.

Take, for example, the negotiations between Conde Nast and employees at three of its publications.

Workers at The New Yorker, Pitchfork and Ars Technica voted in 2018 to join the NewsGuild of New York, Local 31003, CWA. They didn’t reach an agreement on a first contract until June 2021, three years after their election. While management claimed to be bargaining in good faith all that time, The New Yorker Union told reporter Adam Gabbatt that Condé Nast actually “delayed and undermined the bargaining process by refusing to respond to proposals and information requests for months at a time (or at all).

While it didn’t end in decertification, it certainly tested the resolve of members. Unfortunately for workers, this is fairly typical when it comes to negotiating a first contract. In June 2021, NewsGuild President Jon Schleuss said they had about “90 first contract fights.” And that’s just one union.

What this means for organizers is that when a newly-certified union is moving into contract negotiations, members should be prepared for protracted negotiations.

Unions Must be Ready for Lengthy Negotiations

The best way to combat these efforts by employers to dissolve the union is to be prepared for negotiations to go on for a long time. Knowing the likelihood of protracted negotiations should incentivize organizers to plan accordingly.

The first thing unions must do as they move into contract negotiations is to form a bargaining committee. This committee is made up of elected members whose purpose is to “assist professional union negotiators in getting a fair deal while negotiating your contract,” according to the United Food and Commercial Workers Union (UFCW) Local 540. They are charged with protecting the interests of workers at the bargaining table and keeping members informed of the progression of negotiations.

A bargaining committee typically consists of a number of employees representing different departments or work groups within the company. For example, the Graduate Labor Organization (GLO) at Brown University structured its committee to have 22 members from a number of different disciplines, experiences and underrepresented populations at the university. Such diversity ensures everyone’s interests are represented.

As union leaders and members are forming this committee, they should also be gathering information from workers that will guide the creation of their proposals.

It’s important for unions to go into collective bargaining with a plan. “Negotiating can be stressful and it’s easy to get flustered,” writes attorney Gamal Hennessy for the Freelancer’s Union. This is particularly true the longer the negotiations drag out. Having a list of issues and proposals helps keep union negotiators focused on the end goals for a contract when things get hectic.

But it isn’t just up to committee members to decide which workplace issues need to be addressed. To create that plan, union leaders need to identify issues and concerns in the workplace that are important to all workers and then prioritize them for negotiations.

While face-to-face conversations are ideal for soliciting input from members, conducting them isn’t always feasible. Digital communication tools help committee members gather and consolidate feedback data from workers regardless of location and shift.

Surveys can be sent by email and posted on social media pages. Polls can be taken via text messages and social media. All of this can be done in real-time through apps such as UnionTrack ENGAGE that facilitate various forms of two-way communication and enable unions to store their data in a centralized location.

The result of all of this data-gathering is multiple proposals that the bargaining committee will present to management’s negotiating team. Education Minnesota suggests keeping the initial list of issues for proposal at five to ten issues that are realistically achievable.

Engagement is key to keeping members motivated throughout negotiations, especially if they aren’t completed quickly. Employer stall tactics are meant to test worker resolve on unionizing. Communication is crucial for combatting any disillusionment and disengagement on the part of members who grow weary of fighting for a first contract.

Keeping members involved in the process requires committee members and union leaders to regularly share updates on the progress of negotiations and continuously solicit employee feedback on proposals. This demonstrates to members that the union does have their best interests in mind and their “decisions at the table reflect the unit’s priorities,” notes the Communication Workers of America (CWA) in its handbook on securing a first contract.

This encourages solidarity and determination among members.

Digital tools enable consistent, real-time communication between the committee and members. No matter when or where negotiations are taking place, updates can be shared with memberships through communication tools such as social media, email, text messages and communication apps.

Don’t let management delay tactics defeat the organization effort in this, the last step in the unionization process. Create proposals ahead of time using feedback from members and communicate with them regularly about what is going on in negotiations. Doing so keeps them involved in the process which helps ensure they don’t lose heart if negotiations drag out for months or even years.