Workers Are Having a Moment. Here’s How Unions Can Make It a Lasting One. 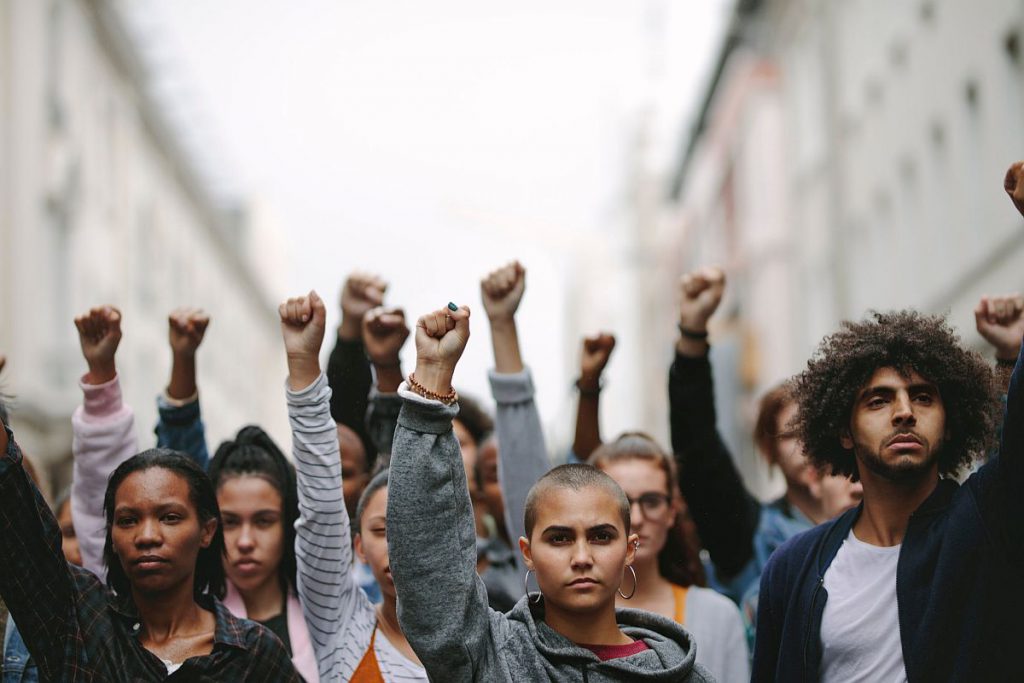 Workers are angry and are letting everyone know it:

“This is a moment of worker empowerment,” says Anthony Klotz, an associate professor of management at Mays Business School, Texas A&M University.

“Workers are fed up and fighting back against low pay, poor conditions, and the general idea that work is the center of their lives,” writes Recode’s senior data reporter Rani Molla. That frustration is what is leading them to redefine work and recalibrate expectations around working conditions.

Their determination for change has presented labor unions with a unique opportunity to grow their ranks, strengthen their power, and advance causes within the labor movement.

The mass exodus of workers and the labor issues they are forcing employers to address has raised public awareness of the plight of workers and their rights in the workplace. It has also raised the question of how many workers are actually aware they have a legally-protected right to organize and bargain with their employers.

Labor unions are in a position to take the lead in these conversations and ensure all workers know and understand their rights under the National Labor Relations Act. Unions also have the opportunity to demonstrate to the public how they can support workers as they stand up “for basic dignity and respect on the job in a historic way,” Faiz Shakir, adviser to Bernie Sanders and founder of the advocacy journalism organization More Perfect Union.

Now’s the time for unions to press their advantage because, for once, they are gaining favor in public sentiment. According to 2021 data from Gallup, 68 percent of Americans approve of labor unions, up from 65 percent in 2020. This is its highest point since 1965, reports Megan Brenan, senior researcher at Gallup.

To connect with the public, unions should find ways to be actively involved in their local communities. They should also share stories of labor victories to engage the public in conversations about the role of unions in helping workers exercise their rights.

The end goal of this effort to educate the public is to induce more workers to join an already-established union or to organize their workplaces.

There’s no doubt that the labor movement is having a moment. Workers’ rights are the center of attention as disgruntled workers look for ways to gain more power in their workplaces.

This is an unprecedented opportunity for unions to grow their memberships after experiencing a steady decline in numbers over the past few decades. The challenge will be convincing workers they need to join a union to achieve the ends they are striving for.

Even within a pro-union landscape, this could be difficult as “many workers can’t see the big picture when it comes to unions, saying they don’t want to have to pay another bill when they could just follow the rules, work hard, potentially get promoted and earn more money,” says Barbara Taylor, a peer educator and dialogue facilitator — and unionized worker — at American University in Washington D.C.

It’s up to unions to demonstrate that “the means for locking in gains is organization,” asserts Alex N. Press, a staff writer at Jacobin Magazine. And the best time to connect with workers and show them explicitly how a union can help them is while they’re upset and searching for ways to usher in major changes.

For example, employer concessions made during times of economic uncertainty (such as a pandemic and the “Great Resignation”) can easily be revoked at any time. Organizers should highlight for nonunion workers the power of permanence with collective bargaining agreements that dictate better pay, more benefits, safer working conditions, and job protection guarantees for union workers.

Union leaders should also be sharing success stories, such as the unionization of some Starbucks locations in New York, to prove to nonunion workers that even workplaces where companies run heavy anti-union campaigns can be organized with union support.

Many workers may not realize just what unions can do to help them in their efforts to improve their working conditions. Now, while they are looking to anyone for guidance and support, it is the time for labor leaders to show them the power of the collective.

In doing so, they may be able to convince workers that “they should consider organizing for improvements” instead of quitting their jobs, argues the team at the Emergency Worker Organizing Committee, a project of the United Electrical, Radio and Machine Workers of America (UE) and the Democratic Socialists of America (DSA).

This could translate into an increase in the number of workers who join a union.

Employers are desperate. They are battling a severe labor shortage and are doing whatever it takes to convince millions of workers to come back to work. This has given workers the power to negotiate the terms of their return, which is an opportunity that unions must capitalize on in contract negotiations.

The collective bargaining agreement (CBA) is the most powerful tool in a union’s arsenal for ensuring workers are treated fairly in the workplace. Now that employers are conceding more benefits and bowing to worker demands, union negotiators can walk into negotiations with the upper hand.

But just what should they be negotiating for?

The first step to answering that question is to ask union members and possibly even the general public about what benefits matter most to them and what they expect from their employers in a post-pandemic economy. This can be done quickly with polls and surveys via social media, email, text messages, and communication apps like UnionTrack ENGAGE, which enables you to communicate via different tools and store the data in a central location.

The information gleaned from this outreach can help negotiators win stronger contracts for workers.

While collective bargaining can ensure better protections and benefits for workers, they need legislative support to better hold employers accountable. Unions, with their lobbying power, are in a position to pressure legislators to pass laws that put workers’ interests first and penalize employers for violations.

One such law, Protecting the Right to Organize (PRO) Act, has been stalled in the U.S. Senate since 2021. While the bill has already passed through the House of Representatives and has the support of President Biden, advocates have thus far been unable to break through the Republican filibuster in the Senate. It’s a failure that has frustrated unions and labor allies that see the legislation as key to giving workers more power in the workplace.

“How are we going to go forward into the future if we don’t change policy to equalize power between the workers and the employer?” asks Steve Lawton, president of Communications Workers of America Local 1102.

While waiting for movement on the PRO Act, unions should also be lobbying state and local governments to pass pro-worker legislation. As Harold Meyerson, editor-at-large at The American Prospect, notes, unions can push state and local lawmakers to:

What all of this demonstrates is just how much unions stand to gain in today’s economy as workers assert themselves and demand more from their employers.

“There are things happening now that we have not really seen in the labor movement in generations,” says Cedric de Leon, professor and director of the labor center at the University of Massachusetts, Amherst. “I really believe that we’re on the verge of another upsurge.” And as the labor movement gains momentum, union leaders hope to leave an indelible mark on future generations of workers.

“If we look back 100 years from now, it’d be like, this was the moment that we organized like never before and brought the opportunity for a union to every working person in the country,” says AFL-CIO President Liz Shuler.

A tool like UnionTrack ENGAGE can help unions make this dream a reality by keeping leaders and members engaged with each other and motivated to share the benefits of unions with nonunion workers across the country.