When Unions Unite! A Look at Labor Unions That Joined Forces for a Common Cause 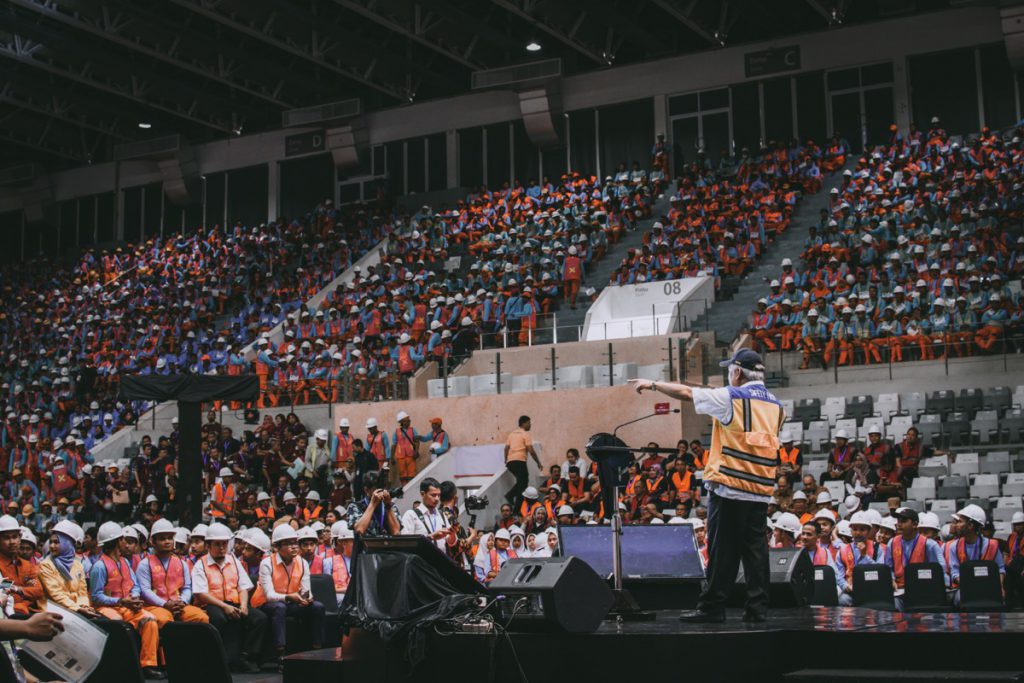 It’s one of the greatest strengths of the labor movement. Unions create a sense of unity among members and between unions. They are champions for each other and understand they are all waging the same battles in support of the working class.

When unions unite, they can be a more formidable force in the fight for improving the lives of workers.

That show of solidarity and support can have a big impact on the effectiveness of any union’s campaigns. Sometimes, joining together in support of a common cause is the most powerful action unions can take to demonstrate commitment to their mission to stand up for workers’ rights.

The International Association of Machinists and Aerospace Workers (IAM) has been in a long battle to organize the flight attendants and fleet service workers at Delta Air Lines. It’s not the first attempt by the union, and others, to organize workers at the airline. The unionization drives have struggled in part because of the heavy anti-union campaign from Delta.

But organizers with the IAM believe they will get there this year. “We have more signatures than we have ever had,” says IAM organizer Dan McCurdy. “… We have huge momentum right now.” That momentum has a lot to do with the support the union is receiving from other unions.

One of those is the International Transport Workers Federation (ITF), which has put boots on the ground to drum up support for unionization. ITF members have been sharing their experiences with cabin crews for Delta flights during international layovers. “Our message to Delta crew is simple: we’re backing you all the way in your call for a union,” says Stephen Cotton, general secretary of the ITF. “We want you to join the global community of transport workers demanding the highest standards from their employers.”

The campaign has also received public endorsements from the Air Line Pilot Association (ALPA), the Transport Workers Union (TWU), and the Association of Professional Flight Attendants (APFA). This level of collaboration and support is keeping the unionization drive alive in the face of the strong anti-union messaging by the airline.

The SEIU Local 73 and CTU Collectively Strike in Chicago

Teachers in the Chicago Public Schools system, organized by the Chicago Teachers Union (CTU), went on strike October 17, 2019, to push the city to improve public schools.

“We have not achieved what we need to bring justice and high quality schools to the children and teachers of Chicago,” CTU President Jesse Sharkey said prior to the strike. “We need to have the tools we need to do the job at our schools. We need pay and benefits that will give us dignity and respect. We are on strike until we can do better.”

And they aren’t alone. The Service Employees International Union (SEIU) Local 73, which represents support staff in the school system, has also joined the fight with the striking teachers. “Local 73 has your back. If we don’t get the contract you deserve, we will be shoulder to shoulder with you on the strike lines because together we will win,” President Dian Palmer asserted before the strike began.

This is the first time that both of these unions have gone on strike at the same time, report Nader Issa and Jacob Wittich at the Chicago Sun-Times. It’s a partnership that demonstrates the power of unity when unions join together. 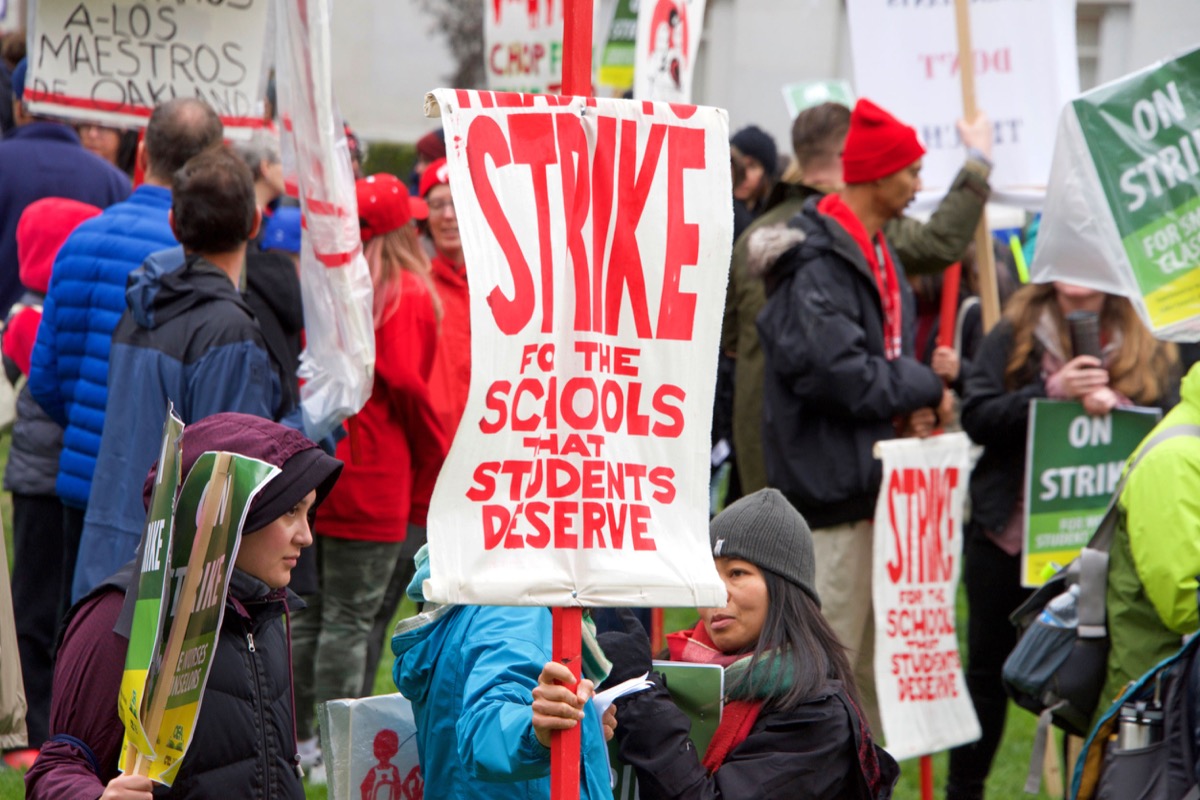 The IATSE Partners with CWA to Support Factual TV Workers

In 2013, the Communication Workers of America (CWA) Canada and its largest local, the Canadian Media Guild (CMG), launched the Fairness in Factual TV campaign with the goal of regulating and improving working conditions in the factual television industry.

“Reality and factual TV are the wild west of the entertainment world,” says Lise Lareau, a coordinator of Fairness in Factual TV. “People working in this area of production are cut out of labor laws. They don’t have the rights of other employees, and historically they’ve been left out of union contracts enjoyed by the rest of the entertainment industry.”

The campaign has made progress to change this, with more than 500 workers signed on to the campaign. But what has really been a recent boost for it is the partnership with the International Alliance of Theatrical Stage Employees (IATSE). The IATSE joined the campaign in January 2019, bringing an added level of experience and influence to the campaign.

“Workers in factual TV need a strong, experienced voice that can represent them when they are fighting for better working conditions,” says John Lewis, IATSE international vice president and director of Canadian affairs. “We have decades of experience representing entertainment industry workers and understand their unique needs.”

Thanks to the partnership, the campaign was able to design and launch a new website that helps organizers spread the campaign’s messages and recruit new supporters. It was a much-needed asset that has expanded the campaign’s reach and bolstered the enthusiasm of supporters.

“Excitement is building among workers that progress is being made in the campaign,” says Katherine Lapointe, organizer for CWA Canada.

In what is perhaps the greatest example of unions joining forces in recent history, public sector unions and their members banded together to end the longest partial government shutdown in history, which began during the 2018 holiday season.

Over the course of the 35-day shutdown, public sector unions took various courses of action to encourage an end to the strike that was hurting the pocketbooks of more than 800,000 federal workers.

There were a number of rallies around the country that saw workers from public sectors demonstrating together. One such strike on January 10 saw the National Air Traffic Controllers Association (NATCA) and allies such as the Air Line Pilots Association hold a demonstration at the U.S. Capitol while the National Federation of Federal Employees (NFFE) and the American Federation of Government Employees (AFGE) led a demonstration at the White House. What was so unique about these demonstrations was the level of coordination among different unions.

Multiple unions also sued the Trump administration over the shutdown. The AFGE; the National Treasury Employees Union (NTEU); the National Air Traffic Controllers Association; and a collective of the NFFE, the IAM, NAGE SEIU and the National Weather Service Employees Organization (NWSEO) all filed lawsuits to defend rights they felt were violated by the shutdown. These lawsuits were another way the unions collectively put pressure on the federal government to right the wrongs suffered by workers during the shutdown.

In what was the most momentous move, and the likely catalyst for the shutdown ending, Sara Nelson, president of the Association of Flight Attendants, CWA (AFA, CWA) called for a general strike by the labor movement. Had it occurred, it would have been the first general labor strike in the U.S. since 1946. While it didn’t come to pass, the threat of a unified movement of millions of laborers was enough to spur the government to action.

What these examples show is that when unions work together, they can be a greater show of force than when working as individual units. Their voices are louder, their demonstrations are more poignant, and their impact is bigger when unions join forces.

UnionTrack ENGAGE software can facilitate such collaboration by allowing union leaders to communicate in real time as they work together in joint campaigns.