What Did Unions Learn From the Longest Government Shutdown in US History? 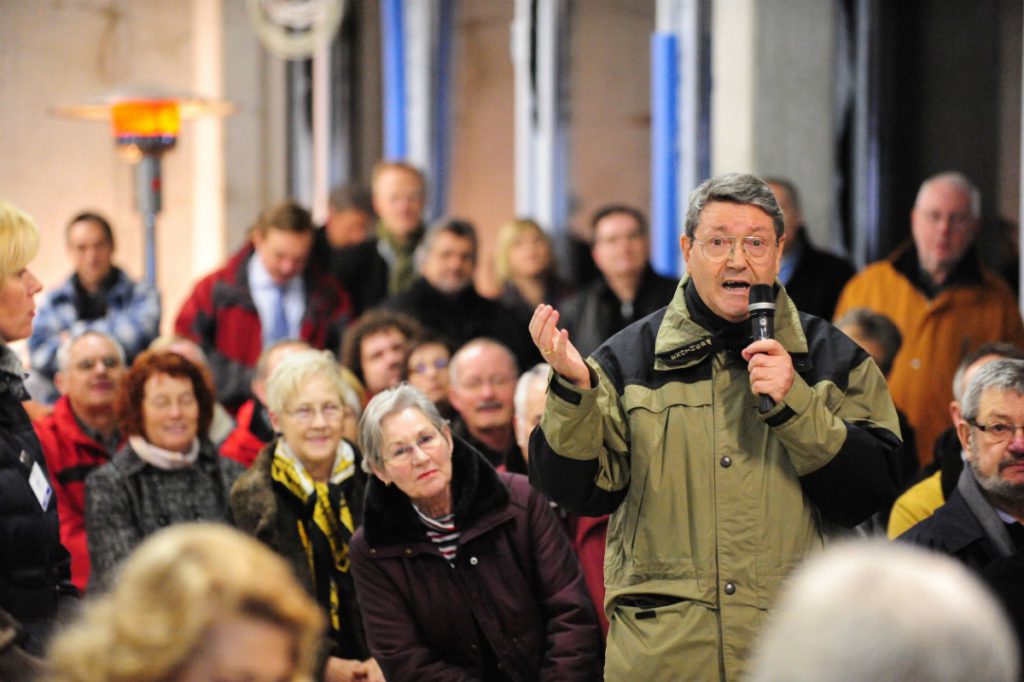 The longest government shutdown in history finally ended after 35 days.

And, as NPR’s Jessica Taylor reports, the end came as the nation’s security and infrastructure were pushed to a breaking point. Airports started seeing significant delays due to a shortage of workers. Meanwhile, the Internal Revenue Service was short workers at the start of tax filing season, and the Federal Bureau of Investigation was becoming increasingly concerned about crime-fighting measures that had been curtailed because of a lack of workers.

But “the end” wasn’t as clean-cut as most workers would have liked. On January 25, 2019, President Trump signed a bill to reopen the government for three weeks, though he also set a February 15 deadline for Congress to pass a comprehensive spending bill that met his demands for border wall funding to avoid another shutdown.

This didn’t leave workers feeling secure. As air traffic controller Mitch Narzem told New York Time reporter Patrick McGeehan, “Getting paid will alleviate some headaches, but it is just a three-week temporary thing and who knows?”

To resolve the shutdown with finality, Trump signed a spending bill that fell short of his demands, but brought some relief for the 800,000-plus federal workers who were impacted by the shutdown. Most of those workers had missed two paychecks during the shutdown and will be feeling the financial reverberations for a long time.

Though the shutdown is over, it is still very fresh in workers’ minds and a source of continuing frustration. Labor unions that have been fighting for those workers from the beginning are still working to help their members recover and fight back.

At this point, one month after the shutdown’s end, all federal employees should have been paid their back pay. But it was a long road back for some.

One of the burning questions when the shutdown ended was how long it would take employees to receive back pay. The Office of Personnel Management (OPM) stated that it planned to have everyone paid as soon as possible and definitely by the end of January, noted Federal News Network reporter Nicole Ogrysko.

But that wasn’t the case for everyone. Back pay arrived long past the end of January for many.

On February 6, eleven days after the shutdown officially ended, the Census Bureau reported to the Associated Press that about 850 employees hadn’t yet received any back pay. And those who did receive some money didn’t necessarily receive everything up front.

“When the paychecks came out a lot of the workforce were texting me, calling me, saying my stuff is all messed up,” said American Federation of Government Employees (AFGE) Chief Union Steward Joshua Christie.

Workers like David Verardo, president of AFGE Local 3403, were among that group. At the time, he said he was still owed $2,000. He also estimated that the 1,000 workers his union represents at the National Science Foundation in Alexandria, Virginia, were still due anywhere between $1,200 and $3,000.

“It’s good that we got back pay at all, but it seems to have been clumsily done,” Verardo said. “When people ask questions, the answer they get is, ‘We’re doing the best we can.’”

The Workers Who Got Shut Out of Back Pay

Here’s what “the best we can” looks like on paper: According to OPM’s Memorandum on Pay and Benefits for Employees Affected by the Lapse in Appropriations, excepted employees would receive their “standard rate of pay” for the hours, including overtime, worked during the shutdown. Furloughed employees would be paid their “standard rate of pay” for hours they would have worked if there hadn’t been a shutdown.

Notice how this does not include government contract workers. And these workers, who number about 1.2 million people, are often some of the lowest paid government workers. Rep. Peter King of New York lamented the cost of the shutdown to contract workers: “These were all collateral damage, innocent victims.”

Though employees have been compensated for missed pay, their unions haven’t given up the fight to win better rights for workers when their livelihoods become affected by political strife.

Status of the Union Lawsuits Against the Government

During the shutdown, several unions filed lawsuits against the government, arguing that forcing workers to work without pay is illegal. Those suits are moving forward.

The AFGE is still pursuing its lawsuit and is urging more workers to join the lawsuit, even if those workers have received their pay. “While the agreement reached by the White House and Congress will put employees back to work temporarily and allow them to start getting paid, we will not stop fighting until we have full-year funding approved for all our agencies and until all employees are made whole for the income they have lost,” says AFGE National President J. David Cox, Sr.

The same is true for the consolidated lawsuit by National Treasury Employees Union (NTEU) and the National Air Traffic Controllers Association (NATCA).

NTEU National President Tony Reardon argues that the end of the shutdown doesn’t negate the argument that the government can’t force workers to work without pay, thus the continuance of the lawsuit. “Regardless of whether there is another shutdown, however, our core argument has not changed: The executive branch cannot spend money that has not been appropriated by Congress, which is what happens when agencies require certain employees to work during a shutdown,” Reardon says.

Labor unions’ continued fight shows the determination of union leadership to protect workers when they cannot defend themselves. The shutdown has been an eye-opening and disturbing experience for both workers and unions, with some valuable lessons learned throughout the 35-day ordeal. 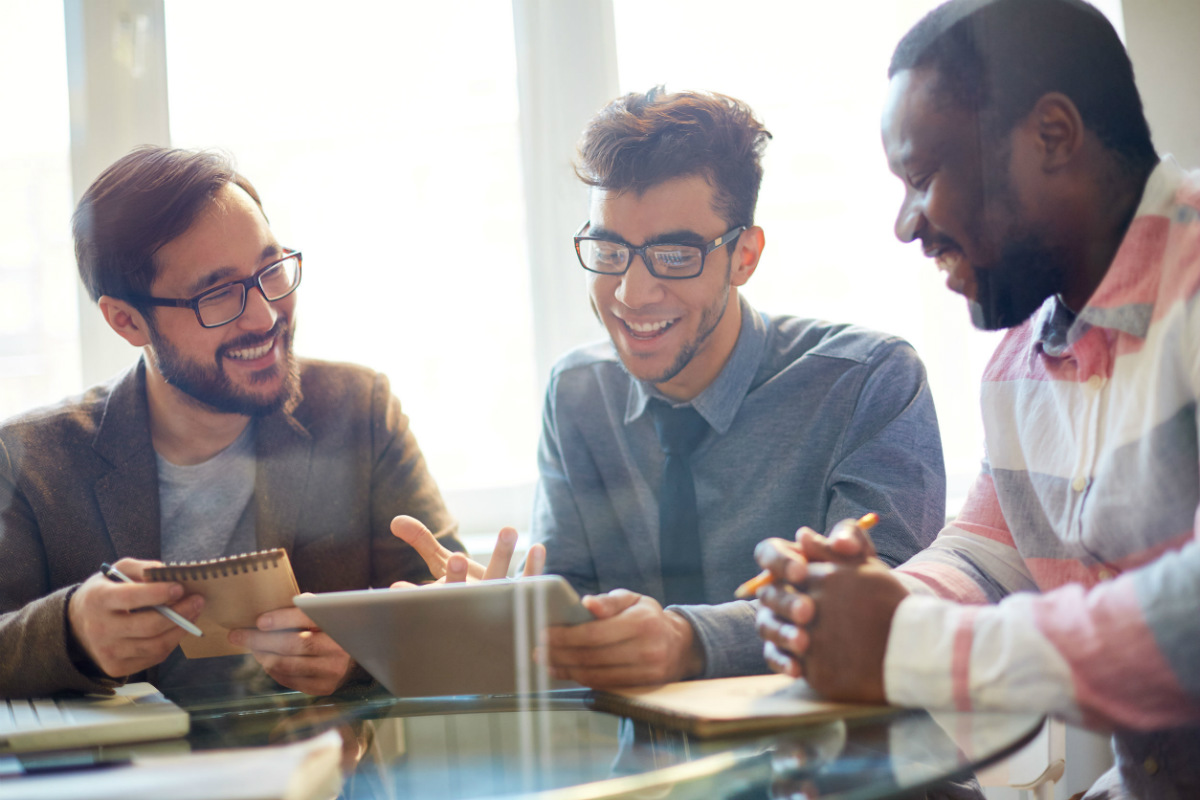 The government shutdown was a challenging time, but also one that underscored some of the labor movement’s core principles.

There is Power in Solidarity

One of the most pivotal lessons learned from the shutdown is the power of unity.

George Gresham, president of 1199 Service Employees International Union United Healthcare Workers East in New York and New Jersey, notes that the greatest lesson learned during the shutdown is that “there is great power when workers organize, unite and fight for what is right.” Many feel that this worker unity is the reason President Trump caved and signed the bill to end the shutdown.

When employees organized to demonstrate how infrastructure collapses without them, like when Association of Flight Attendants-CWA President Sara Nelson called for a general labor strike, the president was backed into a political corner, forcing his hand.

An article at SocialistWorker.org suggests federal workers unions could have done a better job reaching out to private-sector unionized workers for “collaboration and solidarity.”

“One of the great untapped resources of this shutdown was the 60 percent of us federal workers who continued to work,” the author writes. “Federal employee unions did not take this opportunity to build solidarity and power at work, and that was a missed opportunity.” Since the groups often work closely together, there is power in the unity across the public and private sectors.

But inter-union solidarity isn’t the only lesson in unity from the shutdown. Unions also learned the importance of unity with government leaders, even those that fundamentally oppose the labor movement.

NTEU President Reardon encourages union members to build off the momentum of political unity to educate and engage congressional leaders about the work that unions do. “We’re going to strengthen our existing relationships,” he tells Ogrysko at Federal News Network. “We’re going to continue to find common ground with those members of Congress who do not always stand with us. We’re going to create new relationships with freshman legislators.”

A common question workers ask of unions: “What can you do for me?”

The government shutdown has provided unions the perfect opportunity to highlight how they can help their members, not only during times of strife but also on a regular basis. And it is more important than ever for unions that represent federal workers to communicate those benefits.

Federal worker recruitment is going to be an issue post-shutdown. “I think this is just going to further kill morale,” says Jared Hautamaki, an attorney at the Environmental Protection Agency. “It’s going to hurt recruiting.”

Right now, only 17 percent of federal workers are younger than 35, notes Gretchen Frazee, digital producer for the PBS NewsHour. Not only will the federal workforce need to turn over soon, but new leaders will be needed to carry ongoing battles forward.

That’s why unions have to be at the forefront of communicating to federal workers the importance of union membership. Their prosperity depends on support from the next generation of workers, who may first have to be convinced that the federal government is a trustworthy employer.

Unions proved their mettle during the shutdown, showing employees just how they can go to bat for their members. Unions should harness that momentum to build stronger more engaged memberships for the future. A tool like UnionTrack ENGAGE can help union leaders continue to engage with and mobilize both members and allies.