The Role of Unions in Addressing Gender Equity 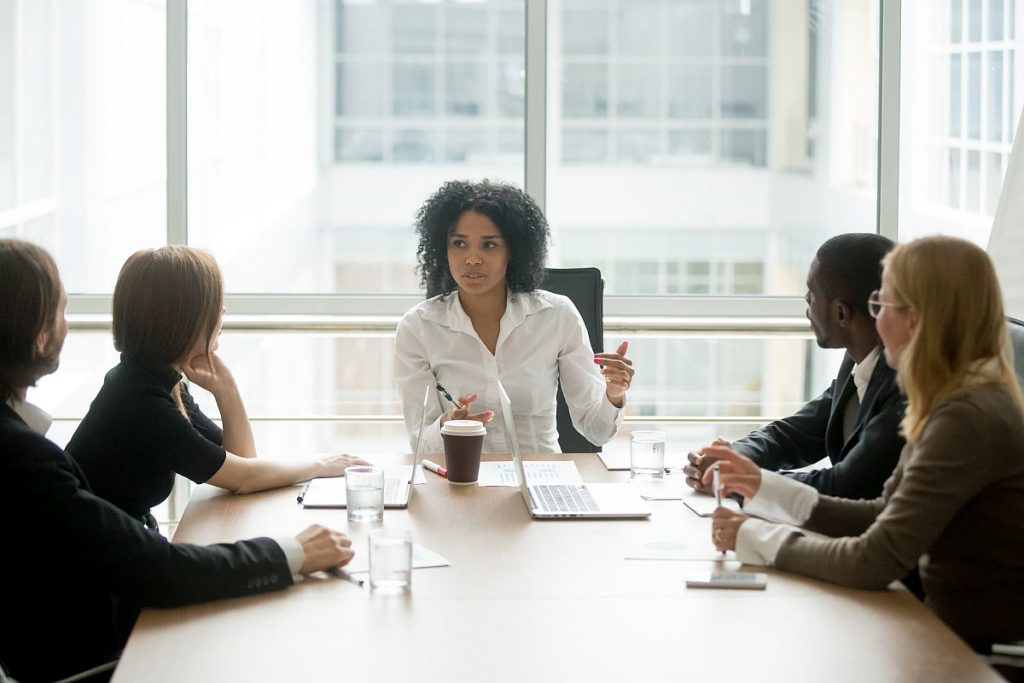 Gender equality is an unresolved issue that continues to impact economies and societies.

Though activists, advocates, organizations and legislators have been rallying for gender equity for decades, “progress towards gender equality has been limited,” writes Elisabeth Kelan, professor of leadership and organisation at Essex Business School, University of Essex.

In fact, one statistic from the World Economic Forum’s 2021 Global Gender Gap Report shows it will take 135 years to close the overall gender gap on a worldwide scale.

While this makes gender equity seem like an impossible dream, it is a reality that can and must be realized. “Creating more opportunity for women and the next generation is an aspiration and a very real goal that can lift the global economy as well as contributing to a more just society,” write the authors of a McKinsey & Company report on gender equality’s impact on economies and societies.

Everyone has to do their part to address the issue across all economic and societal dimensions, most notably politics, labor, health, and education, as outlined by the World Economic Forum. When it comes to addressing gender inequality in the labor market, unions have the greatest potential to make the biggest impact.

The pay gap between genders is a primary indicator of gender disparity in the workplace, and it has stayed relatively unchanged for years despite ongoing efforts to close it.

According to data analysis by the Pew Research Center in 2020, women in the U.S. earn 84 percent of what men earn, which means they need to work an extra 42 days to earn the same as their male counterparts. Most telling is the fact that this has been unchanged for about the last 15 years, write Amanda Barroso and Anna Brown at Pew Research Center.

It’s a testament to the relative lack of progress being made to close the gender pay gap.

“Despite widespread recognition of the importance of addressing pay inequalities between men and women, progress in closing the gender pay gap has been slow,” Maria Helena Andre, director of the International Labour Organization’s Bureau for Workers’ Activities, writes. “Trade unions must continue to address this challenge.”

One way unions are doing this is by negotiating equal pay into contracts.

Collective bargaining is one of the most powerful weapons labor unions have with which to close pay gaps.

“Collective bargaining agreements often establish many of the policies proven to combat gender pay disparity,” write Elise Gould and Celine McNicholas at the Economic Policy Institute. They allow unions to set clear standards of pay and promot pay transparency to mitigate the impacts of gender discrimination, Gould and McNicholas explain.

There are a number of ways unions can address this issue in collective bargaining. The California Commission on the Status of Women and Girls suggests unions negotiate the following:

Through such specific demands, unions can directly combat the issue of wage inequality.

A fact sheet from the National Partnership for Women and Families indicates the wage gap is present across all industries and occupations. This presents a strong case for sectoral bargaining over individual workplace contracts.

“Collective bargaining that occurs above the individual firm level, such as at the industry, regional, or national level, is particularly effective at reducing pay gaps compared with the workplace-level bargaining,” write David Madland and Alex Rowell, senior fellow at Center for American Progress Action Fund, and former economic policy analyst at Center for American Progress, respectively. “Bargaining at the industry or regional level generally leads to a greater share of workers being covered by a collective bargaining agreement, which means that more workers get pay raises and have their pay based on measurable standards.”

By participating in sectoral bargaining, unions are better able to address the gender pay gap on a wider scale, progressing more quickly to eliminating that disparity.

Advocate for Women in the Workplace

Unions can be working women’s greatest advocates for equality in the workplace. They are in a position to empower women and make sure they are not only seen but also heard in the workplace.

One way in which unions do that is by ensuring women are represented in union decision-making and negotiating bodies. That way, they can guide decisions in a way that prioritizes gender equality. “Women’s representation in union leadership and collective bargaining teams has a significant impact on the extent to which negotiated outcomes benefit women workers,” according to IndustriALL Global Union.

Another way to promote gender equity is to bring more women into the workplace, especially skilled roles and leadership positions. Through their various training programs, such as apprenticeships, internships and skills-development academies, unions are well-placed to fill talent pipelines with women.

Unions can also negotiate leadership position quotas to place women higher up the ladder in the workplace. “Quotas in the business world can put an end to the ‘old boys’ networks and ensure that qualified women are no longer denied access to management positions because of their gender,” writes Güler Turan, a former Belgian senator, in an article for the Organisation for Economic Co-operation and Development.

By advocating for more women in leadership, management, and high-skills roles, unions are helping give women a stronger voice with which to advance progress towards equality.

Legislative policy plays a big role in advancing gender equality. Unions can use their lobbying power to press for passage of legislation that promotes an end to gender disparities in the workplace. Two current pieces of federal legislation that aim to address this issue are the Paycheck Fairness Act and the Pregnant Worker Fairness Act, both of which are supported by the labor movement.

These key provisions, along with numerous others, in this comprehensive piece of legislation would go a long way in combatting gender inequality in the workplace.

The Pregnancy Discrimination Act of 1978 outlawed pregnancy discrimination, yet it still persists in the workplace today and is contributing to the ongoing gender inequality crisis. The Pregnant Worker Fairness Act would close the loopholes in that law that allow for discrimintation against pregnant workers.

“The Pregnant Workers Fairness Act would, for the first time, explicitly require employers in the public and private sectors to provide reasonable and necessary accommodations to workers who are limited in doing their jobs due to pregnancy, childbirth, or related medical conditions,” says Everett Kelley, national president of the American Federation of Government Employees. “This bill would protect pregnant workers from being fired or forced to take unpaid leave when a reasonable accommodation is available.”

This would help keep women employees in the labor market and ensure they are treated equally so they don’t unfairly fall behind their male counterparts while expanding their families.

As with the resolution of any social or economic issue, progress on gender equality will require advocates to come together and offer a variety of solutions that address the issue from a number of different perspectives. Unions are poised to lead the charge from a labor perspective and can use collective bargaining, advocacy and lobbying to accomplish the goal of workplace gender equity. A tool like UnionTrack ENGAGE enables unions to coordinate with members and allies in these efforts.