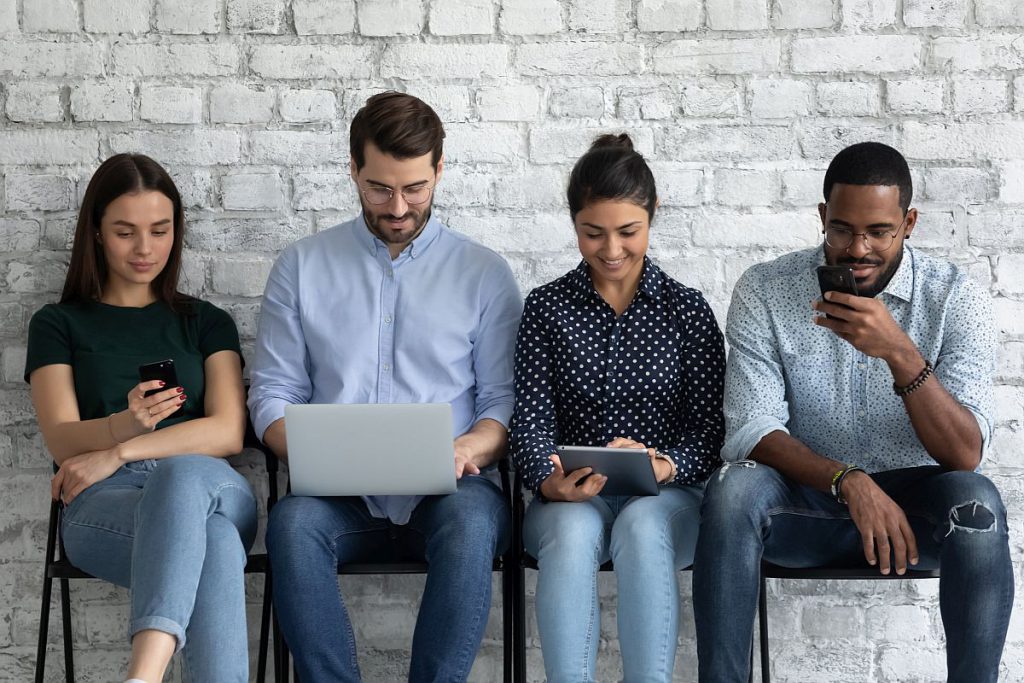 The demographics of the workforce are rapidly changing as older generations of workers retire and younger workers take their place. It’s also a critical time of transition for unions: Their survival depends on their ability to adapt to the communication preferences of this digital-first generation of workers to rebuild their memberships after retired members leave.

Doing so effectively will require union leaders and organizers to prioritize digital tools as the primary means for engaging this next generation of potential members who grew up on digital devices.

Who Is Generation Z?

To connect with Gen Z (individuals born between 1997-2012), union leaders must first understand who they are. While there are a number of key identifiers to this generation, one of the most critical to understand is that they are “true digital natives,” note Tracy Francis and Fernanda Hoefel at McKinsey & Company. “From earliest youth, they have been exposed to the internet, to social networks, and to mobile systems.”

They “have little or no memory of the world as it existed before smartphones,” explain Kim Parker and Ruth Igielnik, director of social trends research and senior researcher, respectively, at Pew Research Center. This has led to a generation of young people with vastly different perspectives on communication than previous generations.

How Gen Zers Prefer To Communicate

Zoomers, as members of this generation are also called, understand digital technology better than any other generation. They pride themselves as being “always on” via their electronic devices. As a result of this constant connectivity, they tend to have shorter attention spans than previous generations and expect instantaneous access to easily-digestible information.

That’s why communication with them must be as succinct as possible. “We tell our advertising partners that if they don’t communicate in five words and a big picture, they will not reach this generation,” says Dan Schawbel, managing partner at research and advisory firm Workplace Intelligence.

What does this mean for unions? It means reevaluating communication tactics to focus on digital technologies and how to use different platforms most effectively.

The next generation of workers isn’t going to spend large chunks of time digging for information. They expect it to be delivered to them. That’s why union leaders and organizers have to build communication strategies around the concept of meeting these workers where they are — on their mobile devices.

The Key to Engaging Gen Z: Reach Them Where They Are

Unions won’t be able to rely on traditional communication channels alone to connect to Gen Zers. Because of that generation’s reliance on technology, organizers aren’t going to build meaningful, productive relationships with them by posting flyers on bulletin boards or canvassing their homes to have a chat.

Zoomers are constantly on their mobile devices, so that’s where unions need to be.

According to a survey of Gen Zers by the National Retail Federation and IBM,

This reiterates the imperative that union leaders and organizers prioritize communication through digital channels that can be accessed on mobile devices. Here’s a look at some of those channels and how they can help unions connect with Gen Z.

Today’s workers are more dispersed than ever. According to Gallup, forty-five percent of full-time U.S. employees worked from home either all or part of the time throughout the pandemic. In the post-pandemic economy, Pew Research Center finds that 50 percent of workers who can work from home are doing so. Because of this physical disconnect from each other, the younger generation of workers is having to find different ways to connect with their peers.

To that end, they are building communities in informal spaces across the web. They are joining channels such as Reddit, Instagram, and Discord to engage with each other and air their grievances at work.

This presents a new opportunity for union leaders and member-advocates to connect with these workers and start conversations about workplace issues and how unions can help workers address them. They are already engaging in dialogue about labor issues on these platforms, so union organizers can jump right in and make those connections and build those relationships.

And, because of their short attention spans, Gen Zers are more visually-oriented which is why they spend so much time communicating via visual-first social media platforms such as Instagram, SnapChat, YouTube, and TikTok.

For example, organizers can post video testimonials of young union members, send labor news and history via pictures and videos, and share video presentations by union leaders about the benefits of union membership. This helps unions build a strong foundation with Zoomers that will hopefully encourage them to join a union.

Use Text Messages and Email To Engage Younger Workers

Several studies have shown that Gen Zers overwhelmingly prefer to communicate via text than through traditional phone calls. “They prefer faster, more direct communication, with straightforward results,” notes the team at workforce automation platform goDeskless. “A quick text, they think, would have the same effect in an arguably shorter time” than a phone call.

This can be an advantage for unions. Using mass emails or text messages to establish a connection with younger workers is a more efficient use of resources. Once the connection is made, communication can be done on a more personal, one-on-one basis through these same channels.

Email and text messaging can be used to spread information about the union, including upcoming events, breaking news, and job opportunities. These channels can also be used to open dialogue and facilitate question-and-answers sessions that help position the union as a trusted resource for all things labor.

They offer workers a way to connect directly to the union via their preferred channels, thereby increasing the chances they will engage with organizers and members.

Use Video Conferencing to Have “In-Person” Conversations With Young Workers

Gen Z has noted the loss of personalness of digital communication channels that Millennials experienced, notes Jenkins, and they are “hungry for more face-to-face communication.”

To meet this need, unions can use virtual video services such as Zoom and Google Meet to conduct “in-person” conversations with young workers. During these chats, workers and union representatives can host question-and-answer sessions or exchange ideas about how to address workplace issues. These can be group conversations to build a sense of solidarity among young workers in different workplaces.

Because these “calls” can be conducted on mobile devices, participants can join in from anywhere they happen to be.

Engaging the next generation of workers isn’t without its challenges, but with the right tools and tactics that prioritize digital channels, unions can build relationships with the next generation of members. A tool like UnionTrack ENGAGE can help union leaders and organizers centralize as much of this communication as possible.