Defending Their Rights: 3 Notable Strikes by Workers Across the Globe 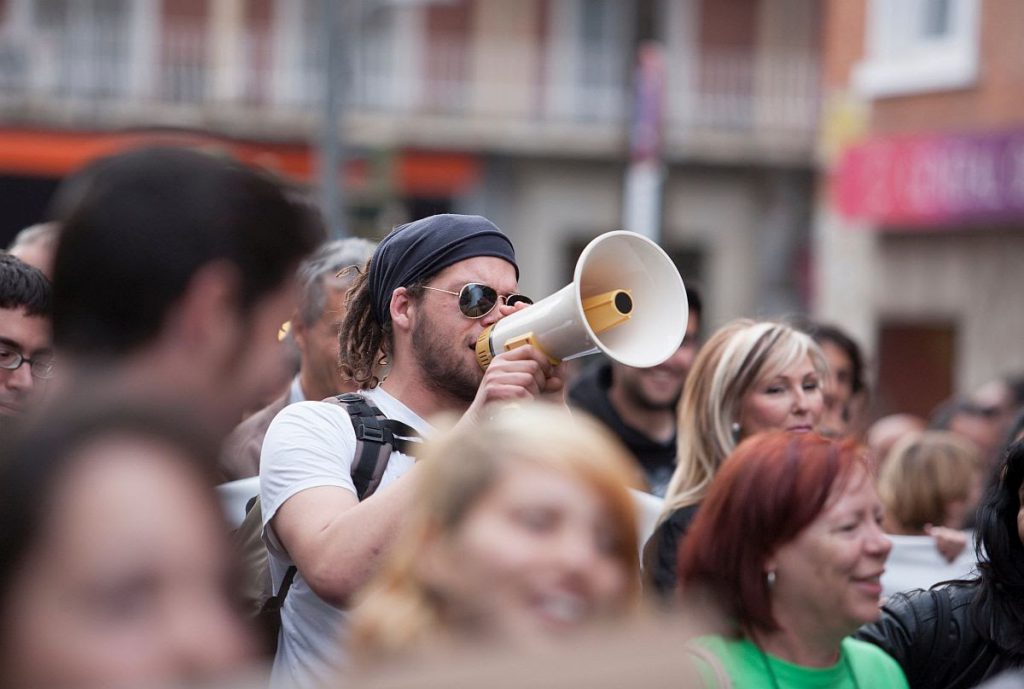 Labor strikes have been a common occurrence throughout 2021, not only in the U.S. but across the world, as workers stand up for themselves and demand better from their employers.

“Worker rights are increasingly under attack around the world,” contends The Democracy & Human Rights Working Group, an initiative of the McCain Institute for International Leadership at Arizona State University. Under the guise of COVID-19 necessitation, employers have whittled away at workers’ abilities to assert their fundamental rights, leading to the deterioration of working conditions and a rise in discontented workers.

One of the only resources they have to draw attention to their situation and hold employers accountable is to go on strike, which workers across the globe did last year.

In August 2021, three days before Canada’s borders were set to reopen to American travelers, about 9,000 Canadian border agents went on strike to put pressure on the federal government to come to terms on a favorable contract after three years of negotiating.

“We truly hoped we wouldn’t be forced to take strike action, but we’ve exhausted every other avenue to reach a fair contract with the government,” said Chris Aylward, national president of the Public Service Alliance of Canada, at the time the strike was called.

What was different about this strike is that it was a work-to-rule strike action, meaning workers would perform their duties to the letter of the law with no exceptions whatsoever. Workers warned this would lead to extremely long lines at entry points and delayed crossings. Some of the actions they undertook were to not work during breaks, not work overtime, and follow procedures exactly.

The action worked, and by the evening of that first day of the strike, the unions representing the workers had reached a tentative agreement with the CBSA.

In the Cadiz province of Spain, metalworkers went on strike to demand a contract that included salary increases to mirror the inflation rate, ultimately ensuring the purchasing power of their wages.

Over 20,000 workers represented by multiple trade unions walked off the job on November 16, 2021, with plans to continue demonstrating until the Federation of Metal Companies of Cadiz (FEMCA) came up with a “coherent agreement that adapts to the current economic situation and the workers’ need for labor security, especially after the particularly difficult years (of the pandemic),” according to the Unión General de Trabajadores (UGT, General Union of Workers).

A three-year deal was reached nine days later that met workers’ demands and ended the strike.

Juan Linares, the provincial head of the industrial department of the Confederación Sindical de Comisiones Obreras (CCOO) union, said of the deal, “We are happy. At the end of the road, in the whole process, which lasts three years, the workers do not lose purchasing power.”

A new contract isn’t always the end goal of a strike. Sometimes, it is bigger than that. Such was the case in France when thousands of workers at 200 different locations across the country participated in a nationwide general strike on October 5, 2021.

Unpopular reforms were taking place, so unions decided to host a general strike to address to the issues plaguing workers. Protesters took to the streets to demand higher wages and better working conditions. They wanted to push for the abandonment of benefits reforms that would negatively affect workers’ benefits, and bring attention to social issues impacting workers.

The action was organized by multiple different unions and associations, including the General Confederation of Labor (CGT) and the Solidaires Unitaires Démocratiques (SUD).

“As the presidential elections are approaching, the unions wanted social questions to be at the heart of the election campaign,” said Philippe Martinez, general secretary of the CGT, at the start of the strike. “We need workers to mobilize at the moment. We need to have everyone show that we do not intend to let things slide.”

What these actions show is that workers are tired of being taken advantage of and are coming together in solidarity in defense of their rights. The momentum established in 2021 will continue this year as plans develop for an international May Day strike, a global general strike “focused on establishing economic security, dignity, and fairness for workers of every nationality, race, and political affiliation.”

As the internal labor movement continues to take action, union leaders and members can use a tool like UnionTrack ENGAGE to keep workers engaged and organized for the future.