Unions Fight For That: Family Benefits for All Workers 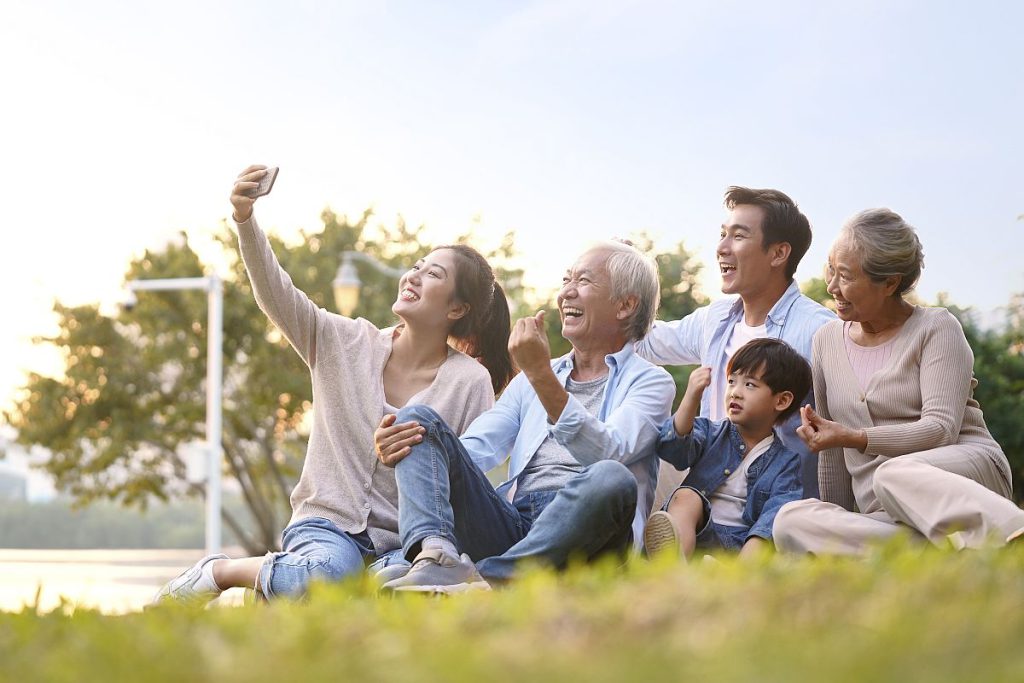 Among myriad other causes they take up on behalf of workers, unions stand up for members when they are abused by their employers. They lobby legislators to pass pro-worker legislation, help workers form unions, organize worker protests, and, maybe most importantly, represent members in contract negotiations with employers.

At the bargaining table, union negotiators address all aspects of employment and push employers to put the needs of their employees first. While compensation is one of the biggest issues settled in collective bargaining, other important matters like workplace safety and company benefits are addressed.

Their efforts are why so many union and nonunion workers have access to benefits such as healthcare, paid leave, learning opportunities, workplace protections, and pensions and retirement benefits.

One benefit that has been particularly important to working parents, especially over the last few pandemic-affected years, is family benefits. These include child care support, elder care support, and paid family leave for everyone.

The American system is not built in a way that supports a healthy work/life balance for workers. Between a broken child care infrastructure that makes it difficult for working parents to find quality, affordable child care and an absence of a federal paid leave policy for workers (the only industrialized nation to not offer one), many workers struggle to care for their families and have a career.

“There are many great things about America, but when it comes to work/life balance for its citizens, it pales in comparison to other countries,” writes Sanary Phen, program coordinator at the community development corporation Coalition for a Better Acre.

The child care system in America is in crisis. “For over two decades, access to childcare in the U.S. has been diminished by high costs, poor quality, and burdensome regulations,” writes Saba Rawjani, product manager at Rightway Healthcare. It’s a problem that has placed a significant burden on working parents who often struggle against the need to earn a paycheck and the ability to find and pay for child care.

“If you don’t have a job, then you can’t afford to have child care while you’re looking for one. If you get a job, you have to have child care almost immediately so that you can start. But there aren’t any spaces available,” teacher and working mom Sarah Smith tells CBS News.

The result? “Families have mostly been piecemealing it,” says Julie Kashen, a senior fellow and director for women’s economic justice at The Century Foundation.

Elder Care Is an Under-Addressed Issue for Working Adults

Working adults also struggle to care for aging parents. Much like the child care crisis, there is a lack of quality, affordable elder care and it too is causing people to choose between earning a paycheck and taking care of family. “A lack of affordable care for older and disabled adults is keeping many out of the workforce,” writes Abha Bhattarai, economics correspondent at The Washington Post.

And it’s an issue that is going to affect an increased number of working Americans over the coming years. According to U.S. Census Bureau data, starting in 2030, older Americans will make up 21 percent of the population, compared to 15 percent in 2018.

The obstacle is that “elder care isn’t something people talk about,” notes Marc Bernica, SVP of Back-Up Care and In-Home Solutions at Bright Horizons. “For all the caregivers we do know about, there are many we don’t.” It needs to be discussed because it’s a critical issue for many working adults.

Another key reason working Americans can’t find a good family/work life balance is the lack of paid family leave. “The United States is the only industrialized nation in the world to not guarantee any paid leave for workers,” writes Diana Boesch, policy advisor at the U.S. Department of Labor.

As a result, workers are at the mercy of their employers to offer them paid leave that would enable them to take time off to care for family members without suffering financially. And most don’t get it.

Data from the Bureau of Labor Statistics (BLS) shows in March 2021, only 23 percent of civilian workers had access to paid family leave. This means the majority of working people have no viable option to still collect a paycheck when they have to take time away to care for someone in their family.

Working Americans need help overcoming these issues so they can build better lives for themselves and their families. Armed with the resources, knowledge, and experience gained from decades of fighting for workers’ rights, labor unions and their allies are positioned to find solutions to these problems.

Unions Have Made Family Benefits a Top Priority

While they have always been important, the pandemic has highlighted just how critical family benefits are for working adults.

According to a Pew Research Center survey from February 2022, nearly 50 percent of workers who quit their jobs did so because of issues related to child care while 43 percent pointed to lack of benefits, including paid time off, as the reason for quitting. Data from the BLS indicates nearly 2 million people who were out of work in October 2021, were caring for someone elderly.

Recognizing the injustice of workers having to choose between their families and their careers, unions fight to win better family benefits for workers.

The U.S. needs a federal law protecting the right of workers to take paid leave, and union leaders and lobbyists are hard at work pressing legislators to pass such legislation. While there has been some ground gained, no laws requiring permanent paid leave for workers have been passed.

“At the current moment, federal efforts around a bold paid leave program are stalled,” says Adrienne Schweer, a Fellow at the Bipartisan Policy Center, leading the paid family leave research team and advocacy strategy. Such federal efforts include the Comprehensive Paid Leave for Federal Employees Act and the American Family Act of 2021, both of which include stipulations for paid leave.

Instead of giving up, union leaders are pushing harder for forward progress. “We are building a strong base of support with lawmakers, and we need to push, carry or whatever we need to do to get this over the finish line,” says National Treasury Employees Union National President Tony Reardon.

Collective bargaining agreements are powerful tools for securing benefits for workers. To that end, union negotiators have been using them to stipulate specific family benefits, including paid leave and child care assistance.

Many unions are negotiating paid leave into contracts to ensure members have adequate access to paid time off for family emergencies. In one example, the Communications Workers of America (CWA) won an additional two weeks of paid parental leave for members employed by AT&T. “Our members have been fighting for this agreement for over a year,” said Lisa Bolton, president at CWA Local 7777, when the tentative agreements were reached.

Child care assistance is hard to come by for workers. While many unions were able to secure child care benefits during the pandemic, others have sought a permanent solution. The University of Connecticut Professional Employees, and the Harvard Graduate Students Union (HGSU-UAW) Local 5118, have negotiated employer contributions to a child care fund dedicated to providing financial support to members who need child care assistance.

As unions continue to pressure legislators and employers to make family benefits such as paid leave and child care assistance a universal benefit, leaders can use a tool like UnionTrack® ENGAGE® to stay connected to members and keep them updated on progress on these important issues.