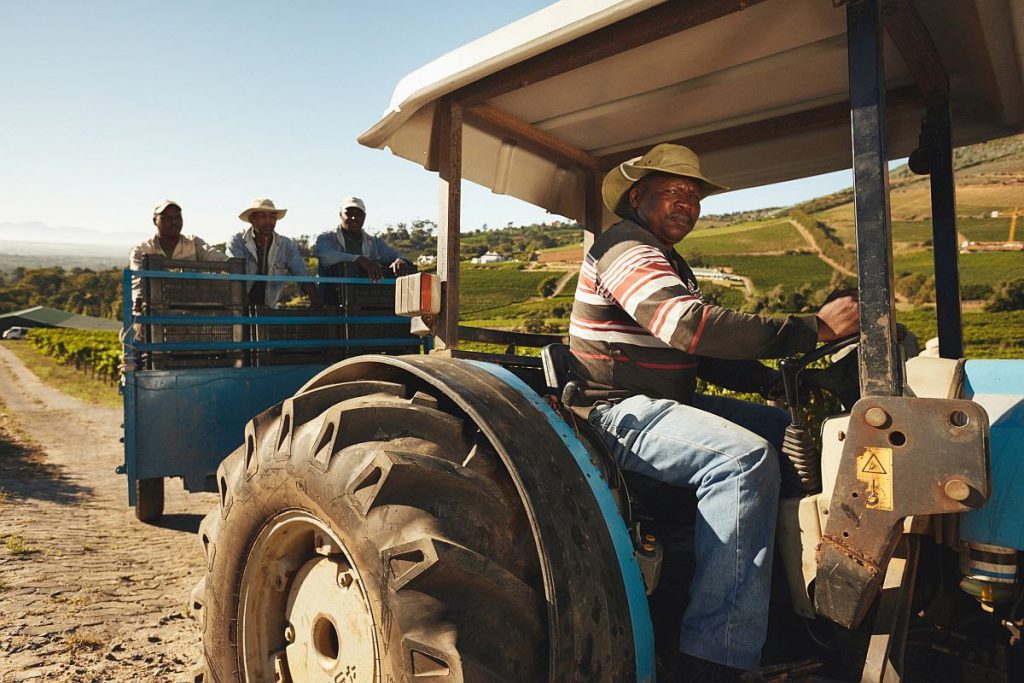 Workers, fed up with the struggles they have faced throughout the pandemic and emboldened by a pro-labor presidential administration, continue to demonstrate their determination to improve their working conditions by forming unions.

“If I were a union organizer right now, I’d be really excited,” says Susan Schurman, distinguished professor of labor studies and employment relations at Rutgers University. At this point in the recovery from the pandemic, notes Schurman, workers have the upper hand. And, as evidenced by these most recent successful union drives, they are capitalizing on the moment.

On September 27, 2021, a group of 12 farm workers employed at Pindar Vineyards in Peconic, New York, made history by forming the first farm workers union in the state.

In 2019, New York enacted the Farm Laborers Fair Labor Practices Act that gave agricultural and farm workers the right to collectively bargain after previously being banned from doing so. In a momentous victory, the union was officially certified by New York State Public Employment Relations Board (PERB) four months after the Retail, Wholesale and Department Store Union (RWDSU)/United Food & Commercial Workers (UFCW) Local 338 filed to represent the group of workers.

“When New York passed the Farm Laborers Fair Labor Practices Act, there was a fundamental understanding that agricultural workers needed key protections that they have lacked for decades, including the right to join a union,” says John Durso, president of RWDSU/UFCW Local 338. Now, these workers are poised to gain those workplace protections in the first farm workers collective bargaining agreement in New York.

On August 27, 2021, after a five-year battle with their employer, chemical workers at two INEOS Pigments plants in Ashtabula, Ohio, joined the International Chemical Workers Union Council/UFCW (ICWUC/UFCW) and the International Brotherhood of Teamsters (Teamsters).

Their victory is a demonstration of the relentless determination it sometimes takes on the part of workers and unions to secure a win and gain a stronger voice at work.

Over the past five years, the company refused to recognize the union. It was able to protract the battle because it was supported by the anti-worker National Labor Relations Board under the Trump administration and guided by a union-busting firm that held captive audience meetings at both workplaces, notes the UFCW. But in the end, the workers prevailed.

“In spite of the company’s anti-union tactics, these workers stood together for a better life,” says Lance Heasley, president of the ICWUC/UFCW.

Workers at MSNBC Join the Writers Guild of America, East

Unionization efforts by newsroom workers across the country have been steadily increasing. The latest victory by editorial staffers at MSNBC is the first of its kind in cable news and yet another in a growing list of wins for workers in the industry.

After a year-long campaign in which the employer declined to voluntarily recognize the union, the 300-member bargaining unit made up of writers, producers, booking producers, and other editorial staff at MSNBC, overwhelmingly voted 141-58 to join the Writers Guild of America, East (WGAE).

It was a big win for the workers who were supported and encouraged by other WGAE members who signed a petition urging staffers to vote in favor of the union. “This victory is the first of its kind in cable news and we are so proud of what we’ve all accomplished together,” says the MSNBC Organizing Committee of the historic vote.

Workers at EveryAction Join the Communication Workers of America

The tech industry is another that has seen a steady increase in unionization efforts. The latest union victory came for workers at software development company EveryAction. They obtained voluntary recognition by the company after a supermajority of the workers signed authorization cards to join the Communication Workers of America (CWA).

With the win, the EveryAction Workers Union became “the largest progressive tech union with majority traditional tech workers in the United States,” writes the CWA in a press release.

In the same press release, Gabby Weiss, a digital content editor at EveryAction and member of the EveryAction Workers Union-CWA, says: “EveryAction is a leader in the progressive tech industry and our union joins the growing movement of unionized tech companies that are ensuring their workers have a real voice on the job in order to build workplaces that reflect our values and empower all of us.”

These are just a few of the recent unionization success stories. Workers across the country in various industries continue to fight every day to bring about real change in their workplaces and build better working environments for everyone.