Independent and Established Unions Working Together: Room for Both in the New Labor Movement 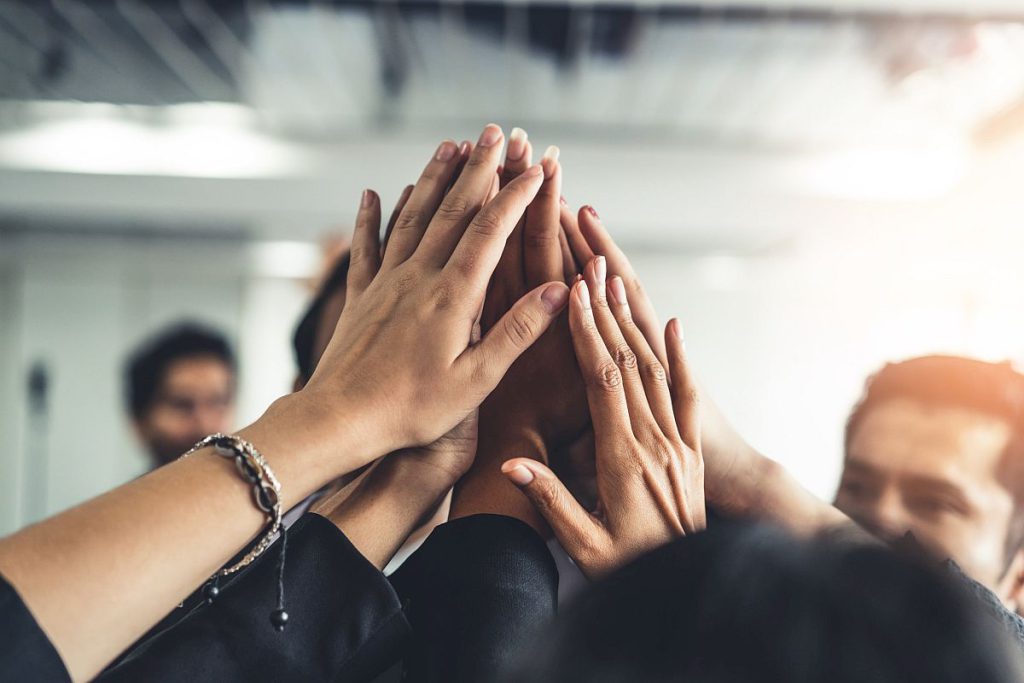 Workers deserve better, and they are doing something about it.

The labor movement is experiencing a level of worker activism that it hasn’t seen in decades as workers around the country are “demanding their due,” says Faiz Shakir, founder of the advocacy journalism organization More Perfect Union.

The courage and confidence to stand up and be heard has been fueled by the COVID-19 pandemic as millions of workers — already undervalued and underappreciated at work — faced deteriorating working conditions throughout the crisis.

“The pandemic was the wakeup call or the catalyst that has prompted two perspectives: ‘is there another way to work and live?’ and the relationship between employers with workers,” says Mark Pearce, visiting professor of law and executive director of the Workers Rights Institute at Georgetown University Law Center. “The vulnerable workers — they were not only scared, they were pissed.”

Driven by the conviction they are valuable, working people are increasingly turning to unionization as the solution to overcoming their workplace struggles. Notably, this revitalization in organization is being driven by younger generations of workers and in traditionally nonunion industries.

Facilitated by technology, grassroots organizing is spreading, forcing leaders of traditional unions to reevaluate their approach to unionizing workers.

They spent their time among workers talking about unions, handing out union material, putting up flyers on bulletin boards, visiting workers at home, and holding informational meetings outside of the workplace. Union supporters relied on organizers from inside and outside the workplace to talk to others and spread the word about a union drive when they themselves were unable to do so.

That has all changed with technology. While the traditional outreach strategies still have a place in organizing, they are no longer as critical as they once were. “Now workers are organically organizing,” says Patricia Campos-Medina, Ph.D., executive director of the Worker Institute at Cornell.

They are using communication platforms to connect with each other anytime, anywhere.

For example, organizers with the Amazon Labor Union (ALU) and Starbucks Workers United (SWU) use TikTok to share videos about working conditions inside of warehouses and cafes. The newly-formed Trader Joe’s United is using Twitter to share information about how to connect with organizers in different locations and promote engagement events such as a solidarity rally organizers are hosting.

This level of accessibility has made it possible for workers to form their own collectives without the help of traditional union organizers. “This marks a sea change from the way the labor movement has traditionally operated, which has tended to be more centralized and led by seasoned union officials,” says John Logan, professor and director of labor and employment studies at San Francisco State University.

The end result has been the formation of more independent unions.

Why Workers Want to Go Their Own Way

Worker-to-Worker Organizing is Faster and Cheaper

Perhaps the most important logistical benefit to unionizing outside of an established union is that independent unions can “organize more cheaply and more quickly than traditional unions,” explains Sarah Todd, senior reporter at Quartz.

Unionizing is never a fast or inexpensive process. But independent organizers are able to cut down on the time and money it takes because they are already on the inside and have an established level of trust with their coworkers. It can take weeks if not months for traditional unions to send in paid staff organizers and form those relationships.

“The old way of organizing was dependent on union organizers approaching workers at each location, making it slower and much more cumbersome,” writes Logan. Unions also had to pay those organizers for their time spent on unionizing activities in addition to the other costs such as legal representation, swag, and events.

And that approach only works if outside organizers are allowed on company property to talk about unionization. As Steven Greenhouse, senior fellow at The Century Foundation, notes, companies can prohibit non-employee union organizers from entering company property. In the wake of a 2021 Supreme Court ruling, it is now more complicated and time-consuming for union organizers to engage with workers because they have to find time outside of working hours to do so.

“But with worker-to-worker organizing, unlike with union staff organizers, the main organizers—rank-and-file workers like Amazon warehouse workers and Starbucks baristas—have regular access to company property, the shop floor, and their fellow employees,” Greenhouse writes.

Grassroots organizing efforts have an advantage over conventional top-down organizing, says Adam Seth Litwin, associate professor of labor relations, law, and history at Cornell University, because independent organizers understand “local issues at work and in people’s lives” so they know best how to speak to workers.

This level of connection and understanding goes a long way toward building momentum for forming a union, giving the effort a greater chance of success. Established union organizers, on the other hand, can’t always make that connection because they don’t share the same experiences and frustrations as those who are inside the company.

To illustrate: The union-organized Amazon election in Bessemer, Alabama, failed where the effort in Staten Island, New York, succeeded. While there were certainly a number of different factors contributing to the disparate outcomes, some analysts, like James Graham at the Socialist Alternative, posit that worker involvement was a critical factor that led to the success at the New York location.

The “ALU ran a worker-led campaign centered on clear demands and militant shop floor organizing, breaking with the approach used by most unions today,” he explains.

They Have More Autonomy as an Independent Union

Workers also feel that working toward a common goal with coworkers instead of established union organizers gives them a level of solidarity and autonomy they wouldn’t have as part of a traditional union. There’s a sense that they are the best representatives for their cause.

“We wanted to have a lot of autonomy and feel like we were building a worker-driven movement from the ground-up as opposed to joining a larger organization,” says Maeg Yosef, an 18-year Trader Joe’s employee. “We understand our jobs best and we have a unique workplace.”

That autonomy equates to more control when negotiating collective bargaining agreements, which is appealing to workers who don’t trust outsiders to know what’s best for them.

The Benefits of Independent and Established Unions Working Together

While there may be tension between established unions and independent unions, in the long run, working together is the perfect scenario for both workers and unions that are building the new labor movement. A harmonious balance between them benefits everyone.

Established unions also have a depth of resources and experience that can be invaluable to workers attempting to unionize their workplaces. For example, there are legal and procedural concerns that worker organizers may not know or understand that can derail the effort. Traditional unions have the tools and expertise to avoid those pitfalls.

Organizing doesn’t stop once the initial union drive is over. The challenge that independent unions face is maintaining enthusiasm and momentum throughout the negotiation process. Employers know there are ways to dissolve a union should both sides fail to reach an agreement, as long as they attempt to bargain in good faith. It’s not unheard of for newly-formed unions to have to wait at least a year (often longer) for a first contract as employers stall negotiations.

Traditional unions have experience with this process and can be a strong support system to help guide new independent unions and maintain their drive.

Established unions also have more experience with unfair labor practices and how to address them. When independent unions come up against resistant employers willing to cross into a gray legal area to bust a union drive (like Chipotle closing the first location where Chipotle United filed a petition for a union election), that experience can be invaluable for holding the employer accountable.

“For worker-led unions, such challenges may point to the need for a hybrid approach in which they retain control of their organizations but seek guidance and resources from more established unions,” writes Noam Scheiber, labor reporter at The New York Times.

A certain level of collaboration is already happening in some of the independent union drives, Scheiber notes. For example, the ALU and the Alphabet Workers Union received help from the Communications Workers of America and the SWU was assisted by Workers United.

As organizers for both independent and established unions continue to navigate this new era of unionizing, a tool like UnionTrack® ENGAGE® can be used to keep them connected to and engaged with each other and the progress of the new labor movement.