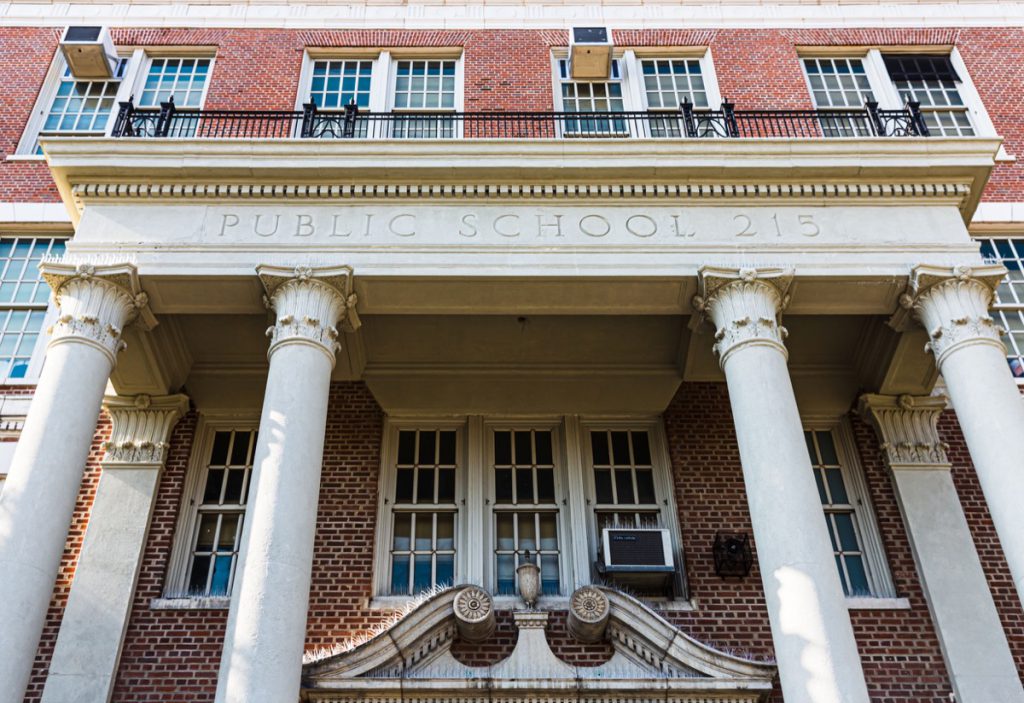 Most years, kids would be returning to classrooms over the next month to begin the new school year. This year is anything but normal, though, and school districts across the nation are still grappling with how to keep everyone safe while ensuring children get the quality of education they need.

“We are 100-percent concerned everywhere,” says Lily Eskelsen García, president of the National Education Association (NEA). “There’s nowhere where people are just breathing a sigh of relief and this is all over.”

That high level of anxiety over safety in schools has left school districts hard-pressed to find a balance that puts kids back in the classrooms safely. All this with little to no coordinated guidance or resources from health experts and government officials.

“Governors are promising to put kids back in classrooms in a matter of weeks, but it’s mostly school officials stuck navigating the messy details of how to keep students and teachers safe and win over skeptical parents, while dealing with a budget crisis that is forcing layoffs and other cuts,” Politico’s Nicole Gaudiano and Dan Goldberg write.

While some school districts, like the Los Angeles United School District, have been able to navigate the complexities and reach a consensus on their plans for the upcoming school year, others have struggled to agree to a viable plan.

New York City DOE Under Pressure to do More

In July 2020, the New York City Department of Education offered its first formal back-to-school plan. It was rejected by New York Governor Andrew Cuomo and the United Federation of Teachers (UFT).

Among other details, the plan proposed by the DOE called for a blended learning approach to the school year, regular testing of school staffers, requiring students to wear face masks, isolating kids who are feeling unwell, daily cleaning of schools, and following stringent protocols if anyone on campus tests positive for COVID-19.

But Cuomo and the UFT agreed that the plan didn’t go far enough in its specifics to keep everyone safe at school.

“The standards the city proposed — for protection, testing, and closing of schools and classrooms — are not enough,” says UFT President Michael Mulgrew. “What’s more, even if there are stronger safety standards in place, we still have grave concerns about the city’s ability to enforce them effectively in every school. Right now, this is not enough to protect students and staff.”

The governor gave the DOE 14 days to submit a revised plan. Until then, students, teachers, parents, and administrators are left in limbo.

Teachers Organizing for Their Own Safety

New York city teachers and UFT members aren’t sitting idly by while others make decisions regarding their health and safety at work. A group of UFT members in the Bronx has organized with the Movement of Rank-and-File Educators (MORE) caucus to create an agenda for what needs to be done to open schools in the fall.

“There are a lot of fears and concerns and distrust of district leadership in terms of their ability to protect the health and safety of our communities,” says llona Nanay, a teacher and member of the MORE Health Justice Committee.

Members of that committee are busy discussing plans for reopening, sharing information with all stakeholders, and engaging parents as part of a plan of action that prioritizes safety.

The group is also focused on what resources teachers need during these stressful times. Ideally, teachers would have complete control over things like work hours and what form their instruction will take, writes Sarah Jaffe, a reporting fellow at Type Media Center.

By organizing together to open dialogue about these issues, the members of MORE are ensuring that their health is a priority in back-to-school plans. This type of hands-on advocacy is nothing new for the United Federation of Teachers.

The UFT Has Long Been a Force to Be Reckoned With

The United Federation of Teachers was founded in New York City in March 1960 and has grown over the last 60 years to represent nearly 200,000 members. But bringing teachers together in NYC wasn’t an easy feat.

In the early 1900s, there were more than 100 competing teacher groups throughout NYC. Two of those organizations eventually began to stand out from the crowd, the Teachers Union and the Teachers Guild.

The Teachers Union was co-founded in 1916 by Henry Linville and Abraham Lefkowitz, who served as presidents until 1935. During that time, the union sought to increase teacher salaries and pensions, reduce class sizes, secure tenure for teachers, and collect more funding from the state. But internal strife led to a split in the union, which led to the formation of the Teachers Guild in 1935 and the eventual dissolution of the Teachers Union.

The Teachers Guild then suffered a factional split when high school teachers defected to the High School Teachers Association (HTSA).

Consequently, in an effort to create a stronger and more organized union, under the leadership of President Charles Cogen and American Federation of Teachers (AFT) organizer Dave Selden, the organization was rebuilt with a democratic union infrastructure and recruited activist leaders to grow the union. As part of its efforts to bring teachers together, the Guild supported a strike by the HTSA, which led to talks to merge the groups together.

The UFT was born on March 16, 1960 with Charles Cogen serving as the first president. The union gained collective bargaining power in December 1960 after a strike that began the previous month.

A Look Inside the UFT

The UFT is governed by three different bodies. Elected representatives from every school make up the Delegate Assembly, which is the union’s legislature. The Executive Board sets the union’s policy on various issues. The Administrative Committee is responsible for day-to-day operations of the union.

These leaders are charged with advancing the union’s mission of “strengthening our communities, our profession and the lives of our members and our students.” While engaging members in endeavors to meet these goals, union leaders can use the UnionTrack ENGAGE platform to facilitate communication and coordination throughout the organization.