After the Win: What Happens in Collective Bargaining? 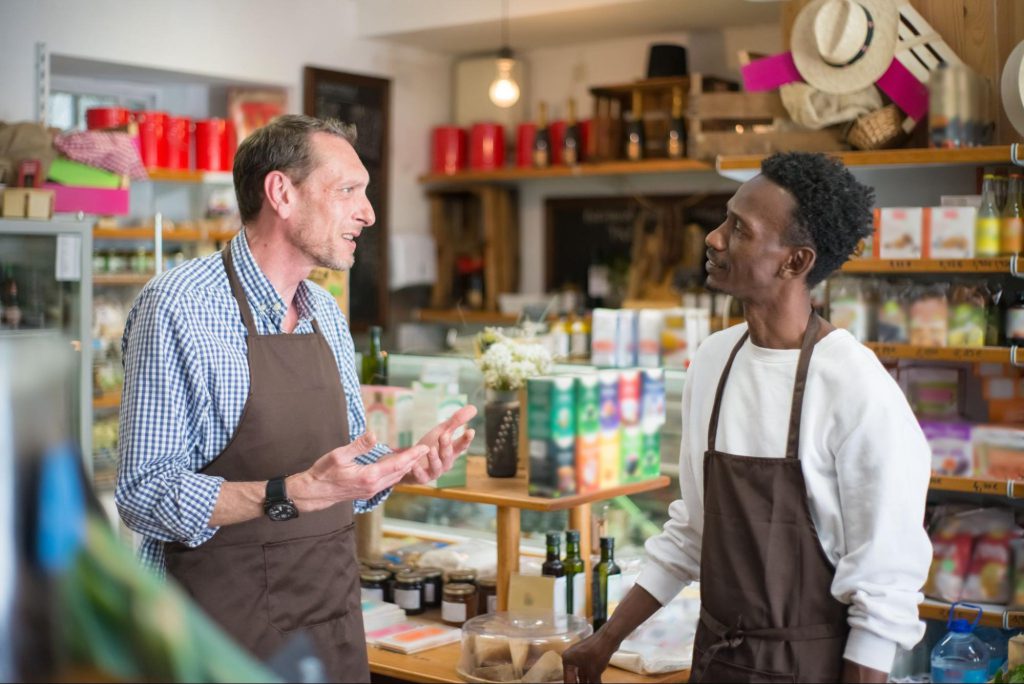 After a union election victory, the most important step in the unionization process is contract negotiations. It’s why the union was formed in the first place and the key selling point for why workers should sign up as dues-paying union members.

“Unions continue to fight for the intrinsic rights of working people and restore the balance of economic power in our country through collective bargaining agreements,” explains the AFL-CIO.

Make Sure Everyone Understands Collective Bargaining

Union leaders cannot overemphasize the benefits to workers of having a union represent their interests at the bargaining table.

Many workers ask why they can’t negotiate directly with their employers. The answer is that they can, but they won’t be as effective individually as if they negotiate as part of a collective. Quite simply, there is strength in numbers.

“Because the individual worker typically lacks meaningful bargaining power to negotiate favorable employment terms, designating a representative to negotiate on behalf of a large group of workers can level the playing field between labor and management and give workers a meaningful seat at the bargaining table,” writes the American Civil Liberties Union.

What’s also important for union organizers to emphasize when explaining collective bargaining is that the union negotiators are there to protect the interests of the workers and ensure all issues important to workers are addressed. That includes compensation, benefits, working conditions, promotions, and schedules.

“Items up for discussion during negotiations are anything you want to address in your workplace,” notes the United Food and Commercial Workers International Union. And unions have the experience and resources needed to secure favorable terms on all of these issues — and more — for workers.

It’s up to organizers to help workers in newly unionized workplaces understand the value of collective bargaining and how unions use the process to improve working conditions for members.

Explain How the Negotiation Process Works

On the surface, collective bargaining may seem simple — negotiating committees from the company and the union meet to discuss workplace issues. While that’s the essence of the process, in reality, it’s a bit more complicated because there’s no law guaranteeing that those discussions result in a collective bargaining agreement.

The National Labor Relations Act (NLRA) dictates that both sides negotiate in “good faith.” Bargaining in good faith means both sides agree to meet at reasonable times and make an honest effort to discuss workplace issues, says Michael Mauer, senior labor advisor to the American Association of University Professors’ Collective Bargaining Congress. It does not mean they have to reach agreement on a final contract.

And that’s the motivator behind employers’ stall tactics at this stage of the unionization process. As long as it looks like they are bargaining in good faith, they can drag out negotiations so long that workers lose heart and decide to dissolve the union.

It’s imperative, then, that workers truly understand the collective bargaining process. When they do, there’s a better chance they’ll support the union and engage in the process no matter how long it takes to reach a first contract.

Explain Workers’ Rights Throughout the Process

Workers also need to understand they aren’t at the mercy of employers during collective bargaining. Section 8(a)(5) of the NLRA “makes it an unfair labor practice for an employer ‘to refuse to bargain collectively with the representatives of its employees.’” Workers can file grievances with the Board if their employer does not bargain in good faith.

Actions that could be indicators of bad faith bargaining, as outlined by the United Steelworkers union, include:

If workers think their employer is deliberately engaging in such activities, they can file an unfair labor practice grievance with the NLRA.

It’s important that workers understand they have legal protections during collective bargaining. They will be more willing to stand against a powerful employer and exercise their right to negotiate their working conditions.

Explain What the Contract Means

Workers often question why a collective bargaining agreement is so important when they can discuss their issues directly with management.

Organizers are tasked with explaining what it means to have a contract, particularly that it is a “binding contract that guarantees specific salaries, benefits, and other conditions of employment, just like the contracts that many CEOs have,” writes the Department for Professional Employees, AFL-CIO.

According to the NLRA, “once a contract is in place, neither party may deviate from its terms without the other party’s consent, absent extraordinary circumstances.” That gives workers a lot of power to ensure employers comply with the terms in a collective bargaining agreement.

Once they understand how contracts give them leverage in the workplace, workers may be more willing to join the union and support the collective bargaining process.

“A union is only as strong, effective and powerful as the members who participate in its operation and activities,” asserts the Massachusetts Nurses Association. This is particularly true during collective bargaining when engagement and involvement are critical to successful contract negotiations.

It’s important members understand the vital role they play in collective bargaining. They need to be made aware they are not bystanders in the process but active participants. All of the decisions made by the negotiation committee during collective bargaining are informed by members who give input on which issues need to be addressed during negotiations and which proposals meet their expectations.

Union members are consulted throughout the process because they have the final say on whether or not to accept a contract through their ratification vote. Teamsters for a Democratic Union puts it this way: “When it’s time to vote on the contract, federal law gives you the right to a fair and informed vote. You have a right to see all contract changes before the contract vote. The majority of the members must vote yes to ratify the contract.”

This gives a great deal of power to union members to ensure negotiations are headed in the right direction so that the final contract is ratified.

The key is motivating them to exercise that power. To that end, communication between union leaders, organizers, negotiation committees, and members must be seamless so everyone can stay informed and engaged throughout the process.

Communication Is a Union’s Most Powerful Tool During Collective Bargaining

Communication is essential during collective bargaining.

The process can drag out for months or even years and keeping members motivated — especially in a newly formed union — may become difficult as time goes on. Apathy can spell doom for the union if it hinders the ability of negotiators to secure a first contract.

That’s why it’s so important to keep members engaged at this stage in the unionization process. Leaders and organizers must share updates with members and regularly solicit feedback.

While focusing efforts on members who have voting powers, leaders and organizers should also engage with nonmembers during collective bargaining. “By communicating with non-members, leaders learn more about what non-members care about, educate them about the union’s efforts and successes, and ultimately, encourage them to join the union,” writes the American Federation of State, County and Municipal Employees.

A tool like UnionTrack® ENGAGE® can help facilitate communication between all stakeholders during contract negotiations, increasing engagement among members and nonmembers alike. That high level of engagement will help ensure the success of collective bargaining efforts.