Unionizing the Gig Economy: A Path Forward For Gig Workers 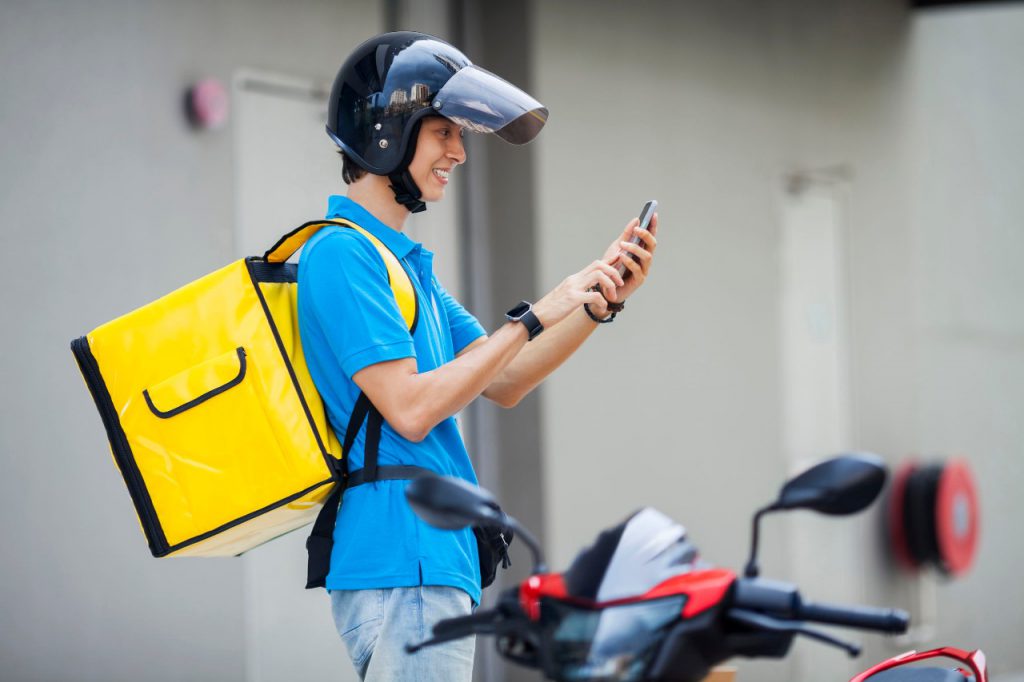 But organizing workers at gig economy companies “is a daunting challenge given that they rarely see each other and that much of labor law doesn’t even apply,” writes Bryce Covert at The American Prospect.

And any progress made to changing the status quo for these workers has been crushed by the financial and lobbying strength of their employers as demonstrated by the defeat of Proposition 22 in California. “Unions have little to no presence in the gig economy, due largely to opposition from firms,” writes Arvind Magesan, associate professor of economics at the University of Calgary.

Despite these challenges and setbacks, gig economy workers are more determined than ever to organize, and there are paths forward to help them succeed. Unions are their greatest allies in these efforts with the experience and resources to help gig workers connect with other workers, organize protests, and lobby for pro-worker legislation.

Connecting is the First Step in Union Organizing

The first step in organizing workers into a union is bringing those workers together. “Building a strong union only happens when we all work together for a common purpose,” writes the team at United Automobile, Aerospace and Agricultural Implement Workers of America. “And that only happens if we have effective communication.”

But how do you bring together workers in the gig economy who are not centrally located and have very little access to one another? Facilitating connections is one of the biggest challenges facing gig workers who try to unionize. Without shared office space where workers traditionally mingle, gig workers have to use tools such as social media and grassroots organizing to locate workers and form connections around the common purpose of improving their working conditions.

Unions have the experience and the resources to help gig workers maximize the effectiveness of these tools.

The guidance of the Canadian Union of Postal Workers (CUPW) was key for getting drivers for food delivery company Foodora in Toronto to organize. The union helped the workers initiate an on-the-ground campaign to reach drivers outside of restaurants where they spend most of their time during working hours. “We had a constant street presence,” says campaign organizer Liisa Schofield.

Organizers had 30-second conversations with workers about unionizing, often while they were waiting in line to pick up their delivery orders. The immediate goal of each interaction was to obtain contact information so organizers could follow up. The union also helped workers set up a digital presence to bring drivers together.

With CUPW’s support, Foodora organizers were able to use traditional and nontraditional organizing strategies to garner support for the union vote. “It was definitely like, ‘no one has written the organizing manual for this kind of industry,’” she says. “We were sort of flying blind, but also asking couriers who have organized elsewhere.”

Their efforts worked as nearly 90 percent of workers voted to join the union. “Through conversations, companionship, and the dedication of hard working foodsters we came together to achieve something many said was impossible,” says campaign organizer and former courier Iván Ostos.

Protests Bring Attention to the Plight of Gig Workers

“Gig economy workers are starting to recognize they can organize and exert pressure even without a formal labor union,” writes Alexia Fernández Campbell, a workers’ rights investigative reporter, in an article on the 2019 global work stoppage by rideshare drivers.

Supported by groups such as Gig Workers Rising and Rideshare Drivers United and taking a page from labor unions’ playbooks, gig economy workers have been engaging in protests as a way to bring attention to their efforts to ensure fair wages, workplace benefits, and the protected right to unionize.

Because they can’t legally join unions, strikes by gig workers aren’t legally sanctioned or protected. Therefore, their jobs are at risk by participating in protests. But these workers have persisted in doing it anyway. “In my experience, the more rights you take away from workers, the more militant the organizing becomes,” says Bhairavi Desai, executive director at New York Taxi Workers Alliance.

The number of gig worker strikes over the last few years demonstrate this assertion. The first major strike by gig economy workers was in 2019 by rideshare drivers who “walked out” by not signing on to apps for work. Since then, workers for app-based companies such as Instacart and Shipt have participated in strikes.

“What’s truly historic about these particular protests is that they are being organized and carried about by a usually defenseless segment of workers,” explains journalist Elly Belle. The fact that the number of protests being carried out by gig workers has increased over time illustrates how effective the strikes are at bringing workers in the gig economy together.

“It’s really an uprising that’s happening and it’s really going to be a wonderful show of that solidarity,” says Erica Mighetto, an organizer at Rideshare Drivers United, of the collective actions being taken by gig workers.

What gig workers need most is the legal right to unionize so they can be protected from employer retribution when they participate in organizing activities and gain the protected right to collectively bargain. Unions are in a position of strength to lobby for worker-friendly legislation that benefits gig workers.

One of the most important pieces of pro-worker legislation up for debate right now is the Protecting the Right to Organize (PRO) Act. If passed, it would, among other things, make it easier for gig workers to unionize and collectively bargain by broadening the definition of who is an employee.

It’s a significant change that would make a huge difference in the efforts of workers in the gig economy to gain greater workplace rights. “I think that it’s incredibly critical for workers to be able to access a level playing field and to be able to organize like any other worker would be able to organize,” says Rey Fuentes, a Legal Fellow at the Partnership for Working Families.

While this bill has passed through the House, it is currently stalled in the Senate and will not have an easy path forward in that chamber. That isn’t keeping unions from lobbying its passage. “We’re not going to let a few people stop [the PRO Act] from happening,” says American Federation of Labor and Congress of Industrial Organizations President Richard Trumka. “Its time has come. Its time is long past due to be enacted. And we’ll do it.”

Overturning Proposition 22 Would be a Key Victory for Gig Workers

When voters in California voted in favor of Prop 22, they denied gig workers the standard rights employees receive, such as health insurance, minimum wage and collective bargaining, by exempting employers from following the standards for classifying gig workers as employees. Beyond just that, though, workers and the unions that support them say the rule is unconstitutional.

Unfortunately, it may be a long time before the issue is settled. As Jeong Park, California economic mobility reporter at The Sacramento Bee writes, the plaintiffs initially filed the case in the California Supreme Court, which refused to hear it. The plaintiffs then sued in a lower court, hoping to eventually reach the state’s Supreme Court for a ruling.

“We are disappointed in the Supreme Court’s decision not to hear our case, but make no mistake, we are not deterred in our fight to win a livable wage and basic rights,” says rideshare driver and plaintiff Hector Castellanos.

Workers in the gig economy deserve the same workplace rights as millions of other workers. It may continue to be a struggle to secure those protections, but with the support of unions, these workers stand a better chance of victory at both the legislative level and in the workplace. This is especially true under a labor-friendly Biden administration.

As unions continue to be a source of support for gig workers, a tool like UnionTrack ENGAGE can help union leaders communicate with workers and help them organize.